While we are likely at the beginning of a long-term (secular) period of inflation, in the near term, we seem to be experiencing deflation as seen in financial markets. I know that this may come as a surprise given that the price of consumer goods is rising and all the media content seems to be highlighting an environment of run-away inflation.

Maybe the inflation trade just got overextended and this is a healthy pullback before we get another strong advance. Only time will tell, but the charts are suggesting deflation right now – not inflation.

During deflationary environments, investors should focus on capital preservation. The best asset class in this environment is typically bonds. On the equity side, risk-off sectors such as utilities, health care and consumer staples tend to outperform.

As I mentioned in last month’s newsletter, market breadth is poor. While the S&P 500 grinds to marginal new highs, it is on the back of a handful of large-cap stocks that account for an outsized portion of the index’s return.

There are numerous charts that I could show that illustrate the market’s deteriorating breadth. Here is one that drives the point home.

Below is a chart of the Nasdaq Composite Index in the top panel and the number of stocks within that index that are above their respective 50-day exponential moving averages in the lower panel.

Notice how the index is well above its moving average, yet there is only 37% of the stocks within that index above their moving averages. 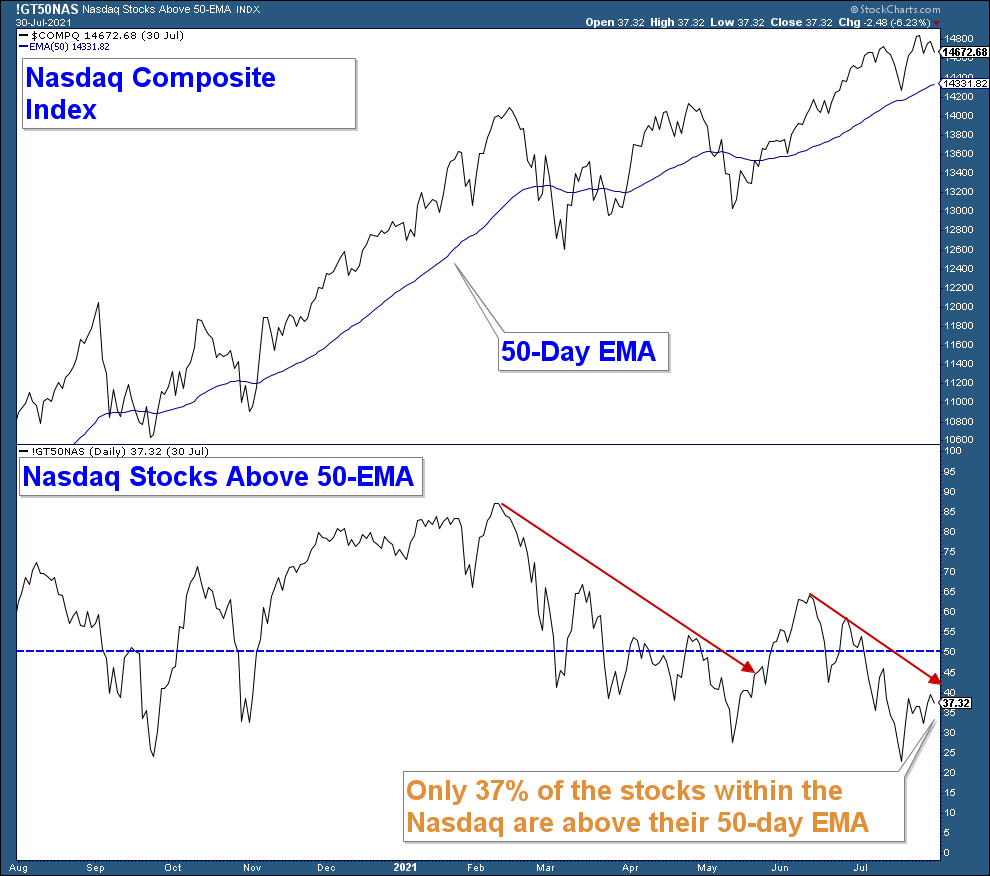 If we were in a high growth, inflationary environment, you would expect to see risk-on assets like semiconductors, transportation and small caps outperforming. But that is not what we have been seeing over the past few months.

Consumer staples have been outperforming semiconductor stocks since the beginning of March. For the sake of brevity, I won’t show similar charts of small caps and transportation stocks; but they are underperforming as well. 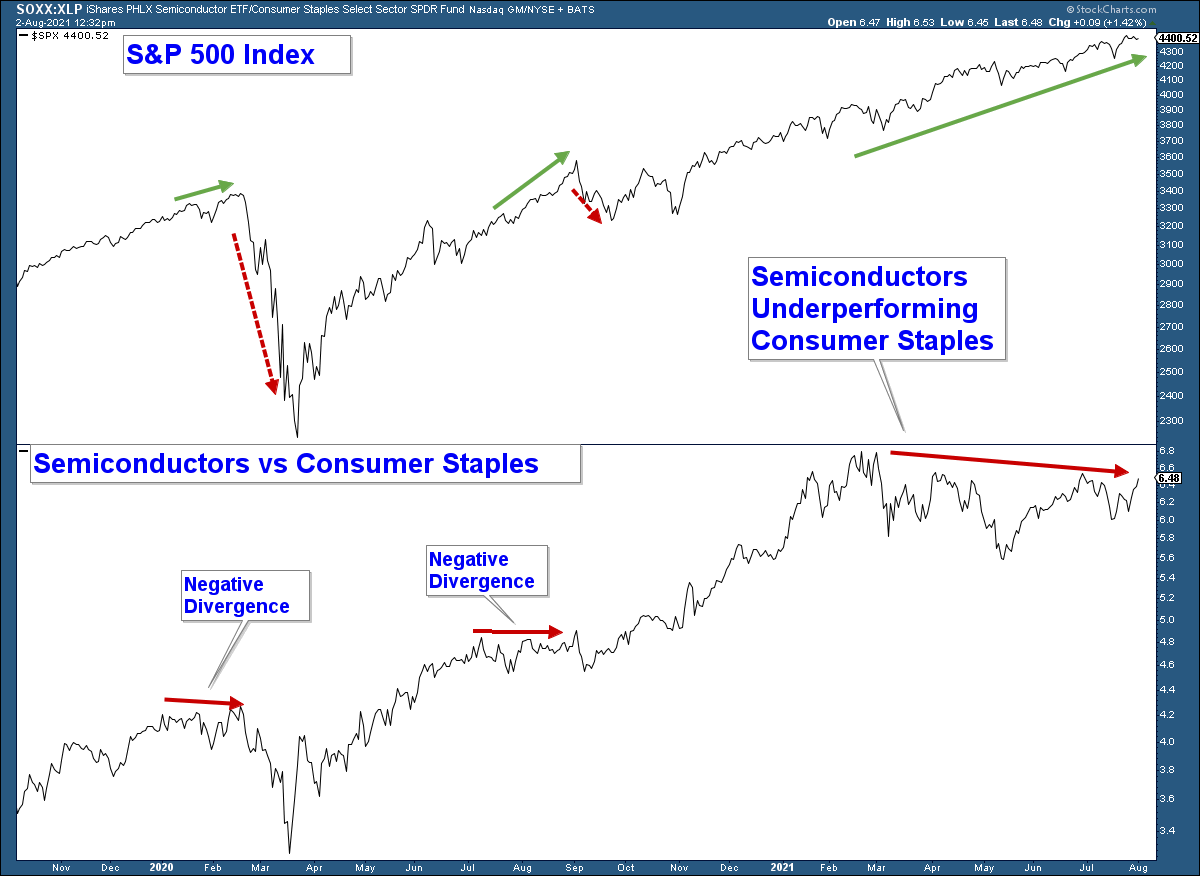 How is the S&P 500 Index performing relative to Treasuries? Not good. For the past three months, Treasury Bonds have been outperforming the S&P 500.

Treasury Bonds are outperforming stocks. Investors are not being rewarded for taking risk. 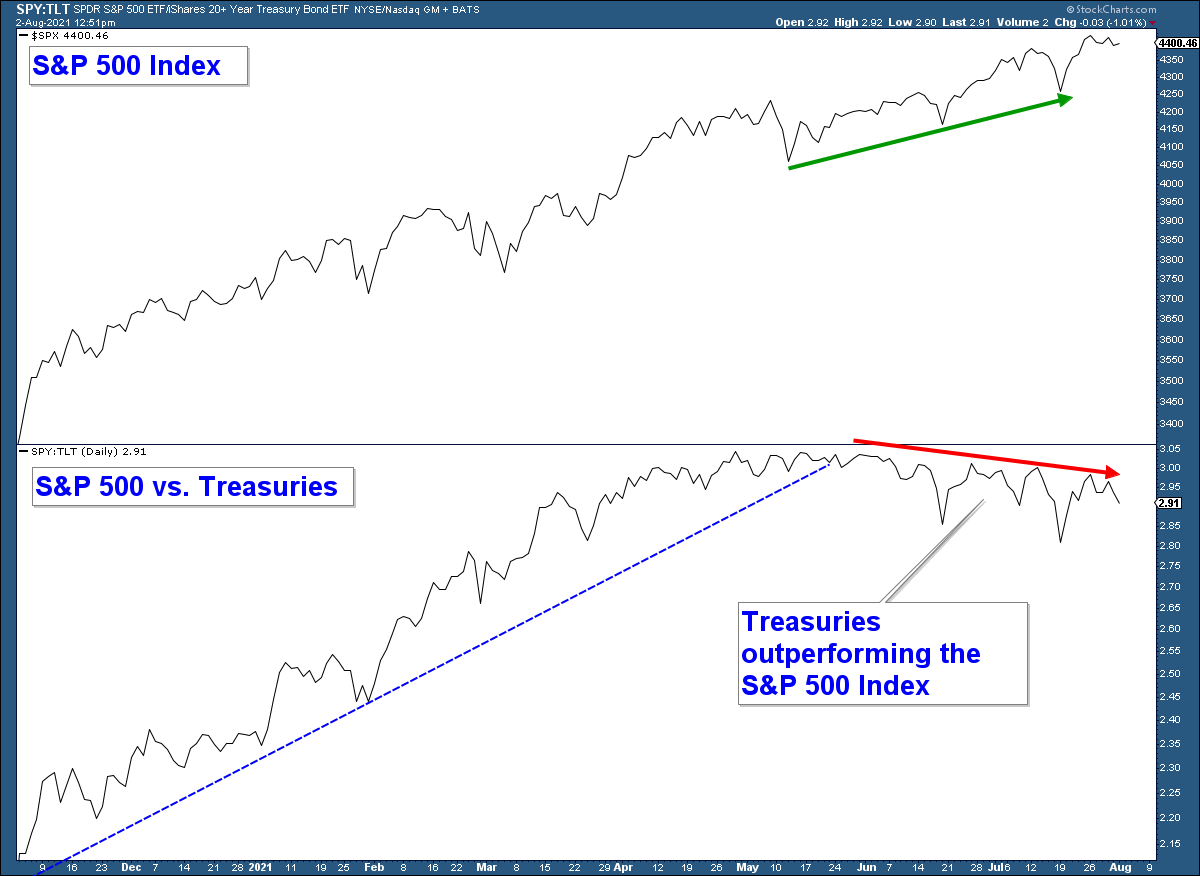 During periods of economic expansion, which is the engine that drives inflation, you usually see yields rise and commodities like copper rise.

The price of copper is mainly influenced by the health of the global economy. This is because of the widespread applications of this commodity in the economy. A rising copper market suggests strong economic health, while a decline suggests the opposite.

Copper had a strong advance that began at last year’s stock market bottom. That strong performance has petered out, and copper has been underperforming Treasuries for the past three months. 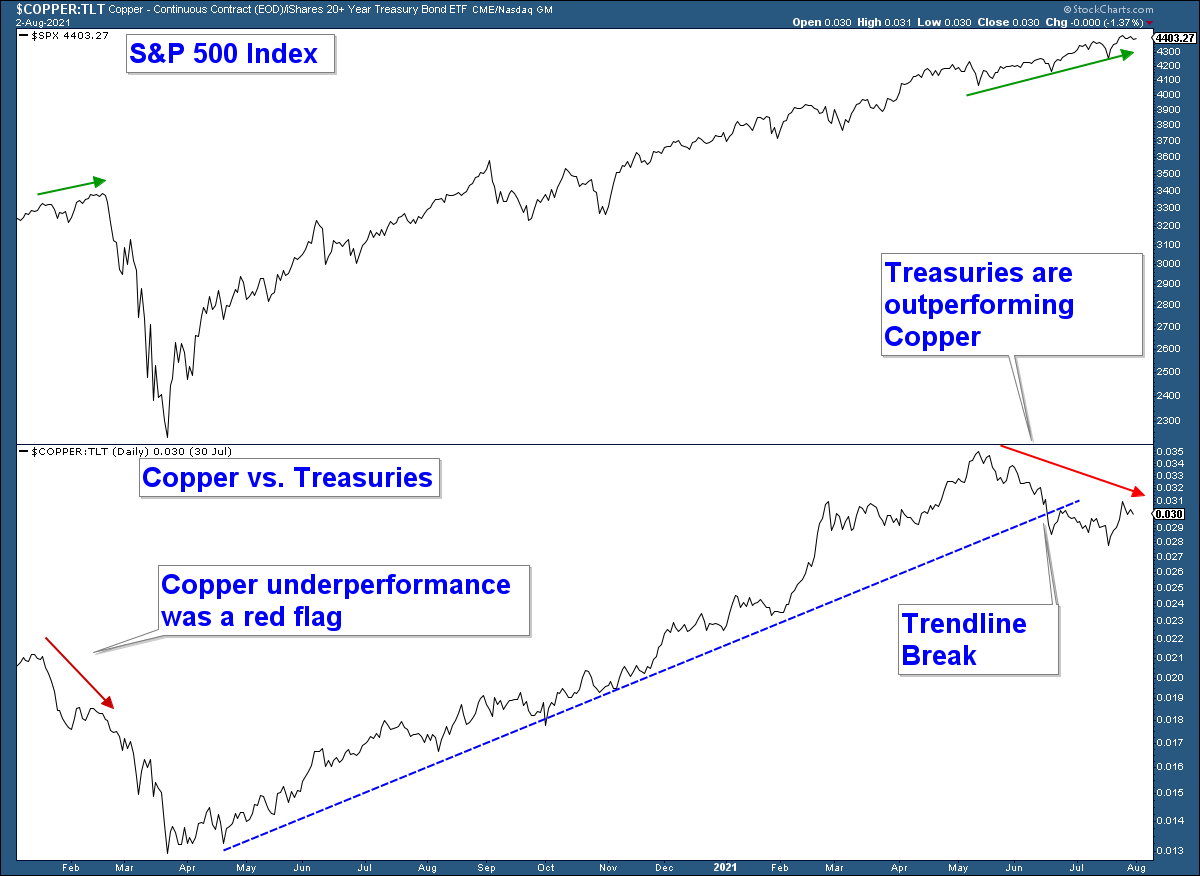 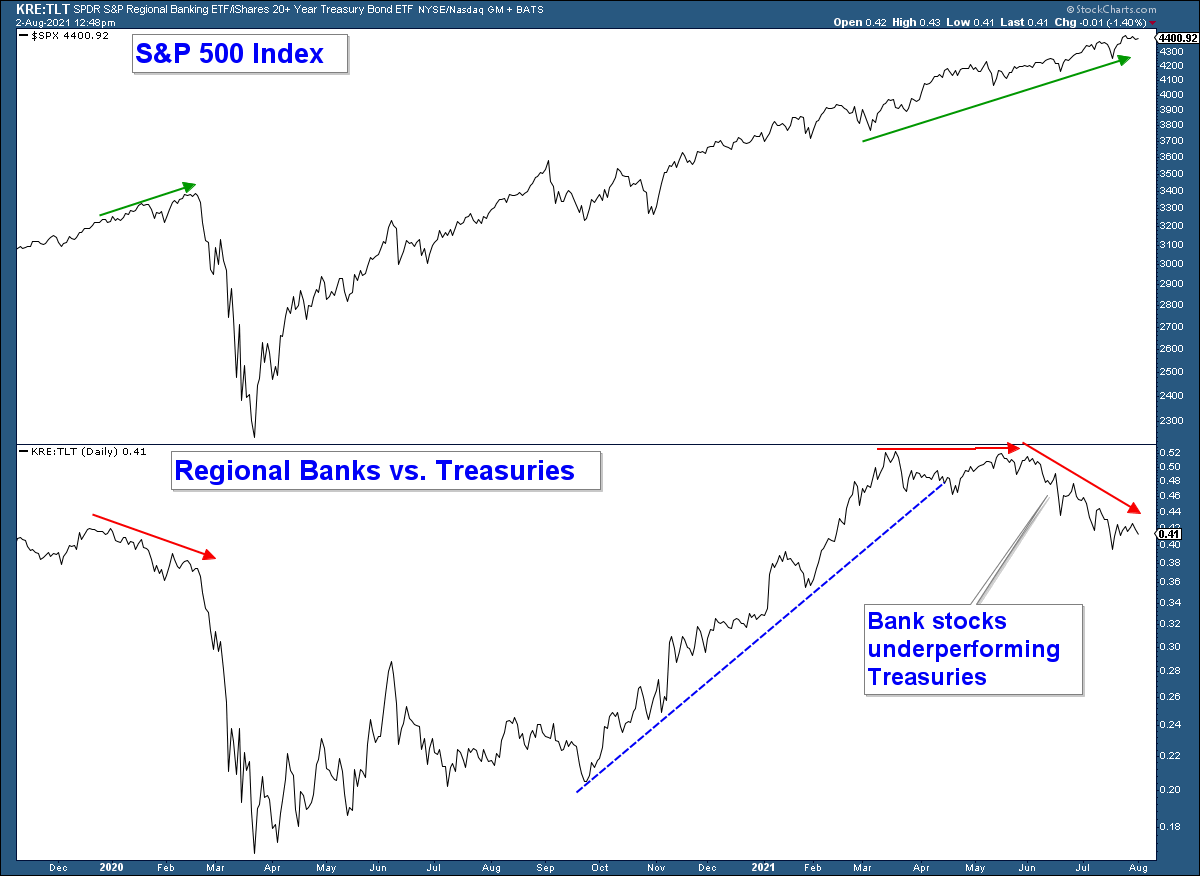 If we were in an inflationary environment, treasury yields would be rising and treasury prices would be falling. That is not what we are now seeing.

Treasury prices bounced at support in March, advance above a downtrend line, and their 200-day moving average.