3 Stocks To Watch In The Coming Week: Tesla, Macy’s, Broadcom

With stocks on track to finish their best August in more than three decades, bulls appear to be in complete control of the market.

After gaining 7.2% in August, the S&P 500 Index is set to finish its best month since 1984 if it holds that level through Monday. Since surpassing its pre-COVID high last week, the index has notched records more than a half-dozen times.

Some analysts now see evidence to justify further gains, citing everything from the Federal Reserve’s new policy goals to cheap money on the sidelines, ready to be deployed as the economy recovers and the pandemic comes close to running its full cycle.

That rally is mostly led by the heavy-weight technology stocks, but as the economy recovers, other sectors are also taking part in this rebound. Amid this optimism, here are three large-cap stocks we’re monitoring next week.

Between analyst upgrades and the stock’s massive rallies, shares of Tesla (NASDAQ:TSLA) will start trading on a split-adjusted basis beginning Monday, after its 5-for-1 stock split. Tesla announced the move in August to make the stock less expensive for individual investors after the company became the world’s most valuable automaker. 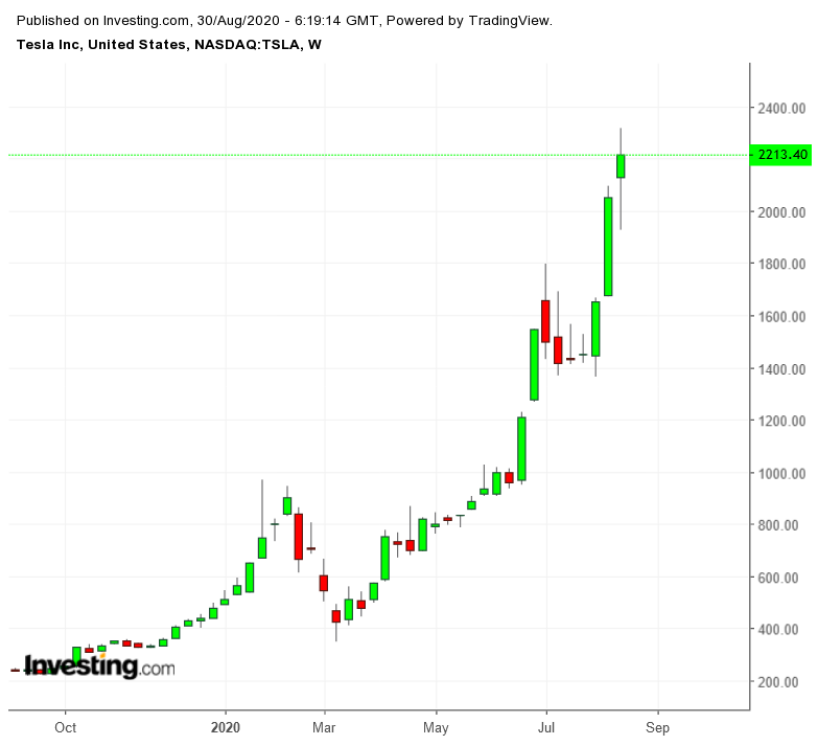 After the move, shares of the Palo Alto, California-based electric carmaker picked up additional momentum, surging another 55%. The shares, which have gained 429% this year to close above $2,213.40 on Friday, have crushed bears and made it impossible for analysts to catch up when it comes to establishing price targets.

Jefferies, last week, more than doubled its target on the stock to a Street high of $2,500 from $1,200, saying it’s “still early in the transformation of the auto industry.”

In a note carried by CNBC and titled “The Permanent Revolution Continues,” analyst Philippe Houchois said that although Tesla’s dominance in the automobile industry might begin to shrink due to growing competition, its presence in areas like software and battery capacity will continue to give it an advantage over rivals.

The troubled department store-chain Macy’s (NYSE:M) will be reporting Q2 earnings in pre-market hours on Wednesday, Sept. 2. Analysts’ consensus is for a loss of $1.8 a share on sales of $3.46 billion. 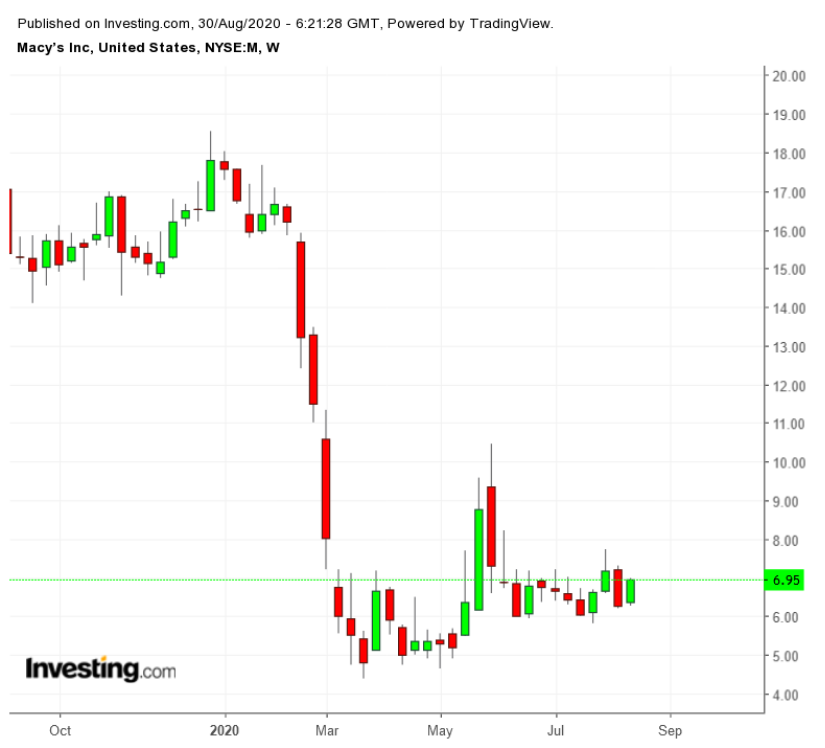 It has been a tough year for the New York City-based retailer. It’s been struggling to survive after the pandemic forced store closures and mass layoffs. The department-store chain said in May its sales declined 45% from a year earlier in the quarter ended May 2. Reopened stores in May saw sales at roughly half last year’s May levels.

In early June, the company was able to secure some financing by raising $4.5 billion in credit facilities, the bulk of which was backed by real-estate holdings in big cities.

Macy’s was struggling even before the virus hit as a turnaround plan pursued by its CEO Jeffrey Gennette failed to revive sales. Investors will be keen to know whether the company has a financial cushion to survive a potentially long and painful recession.

The final big chipmaker to release earnings this current season is Broadcom (NASDAQ:AVGO). The company will report its fiscal third-quarter earnings after the market closes on Thursday, Sept. 3. Analysts are expecting $5.24 a share profit with the projected sales of $5.76 billion. 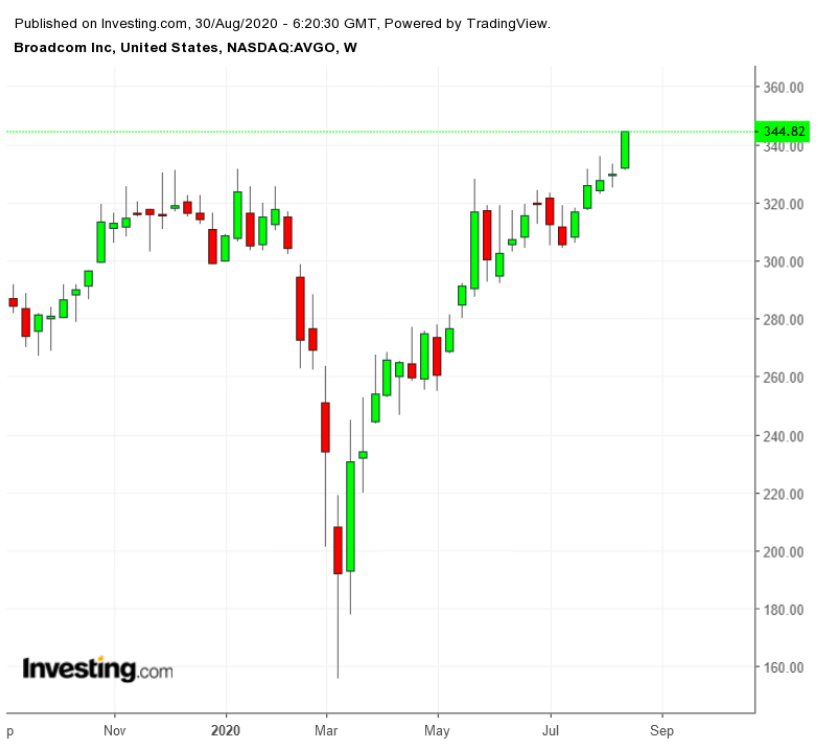 Broadcom shares have come back strongly after the March slump, on potent signs that chip demand won’t decline in the virus-driven slowdown. The stock closed at $344.82 on Friday, after rising about 2%.

In the latest earnings report, investors will be eager to know whether the company’s current strategy, spearheaded by CEO Hock Tan–to grow through acquisitions as well as buying software assets that are struggling–is paying off.

After these deals, more than 80% of Broadcom’s sales will now be derived from segments considered stable and sustainable such as cloud, networking, software and storage businesses.

Britain sets out blueprint to keep fintech ‘crown’ after Brexit