The Australian dollar is showing little movement in Friday trade. AUD/USD is currently trading at 0.7185, down 0.10% on the day.

Slowly but surely, the Australian dollar continues to creep higher against the U.S. dollar. The Aussie last registered a losing week in mid-June and has gained close to 5.0% during this period. AUD/USD touched a high of 0.7275 earlier this week, its highest level since February. What is perhaps most impressive of the Aussie rally is that investors have given the currency a thumbs-up, despite the severe global economic conditions. Traditionally, safe-haven assets such as the U.S. dollar move higher in times of crisis, at the expense of risk currencies such as the Australian dollar. This has not been the case, however, during the COVID-19 pandemic, as the U.S. dollar has suffered broad losses against its major rivals.

It hasn’t been flashy, but AUD/USD remains in positive territory this week, after two mid-week releases. On the consumer front, the ANZ-Roy Morgan Consumer Sentiment Index came in at 88.6, up from 85.5 beforehand. This was the first time that the index has shown a gain since mid-June. As well, the Reserve Bank of Australia released the minutes of its most recent policy meeting. Members said that there was no need to ease policy for the time being, as the steps it had taken were working “broadly as expected”, as the economy was undergoing a recovery. Although the bank remains in accommodative mode, the bank does appear more optimistic, which is good news for the Australian dollar. 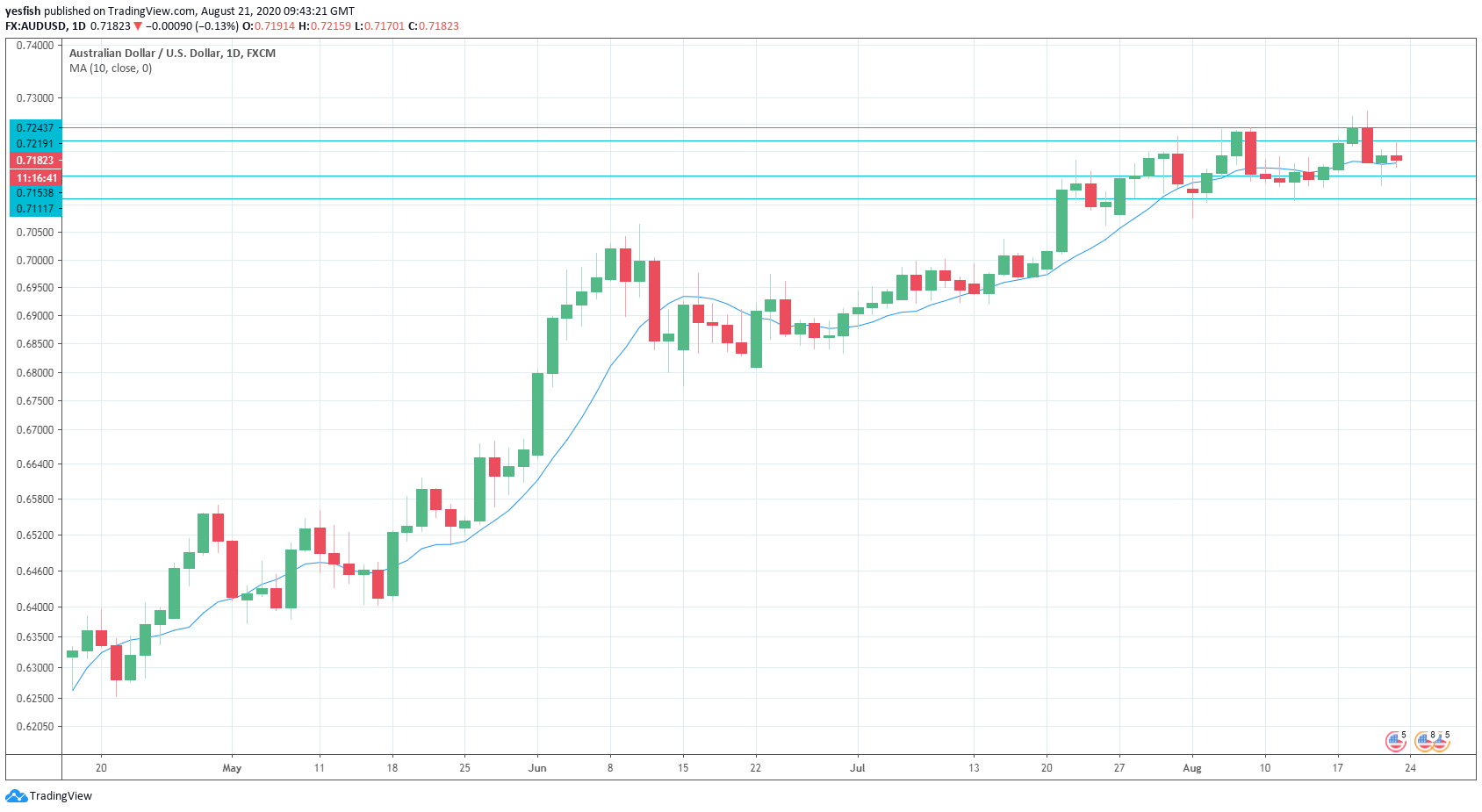 AUD/USD posted losses in the Asian session but has recovered most of these losses in European trade.

EUR/USD: Bulls Want Yesterday’s Breakout to Be Start of Second Leg Up

Week Ahead – Australia and Canada kick off central bank bonanza

Week Ahead: Australia and Canada Kick Off Central Bank Bonanza