AUD/USD In A Bear Move

AUD/USD started firmly declining from the 0.727 level yesterday, which is an indication that higher degree wave 5) of A/1 found resistance and a top, and that a minimum, three-wave reversal could be underway.

We see price unfolding first leg lower as A/1 of a lesser degree, which once completed, can be followed by a temporary pullback as B/2. That said, further decline below the lower Elliott wave channel line will confirm a reversal to be underway. Invalidation level is at 0.727. 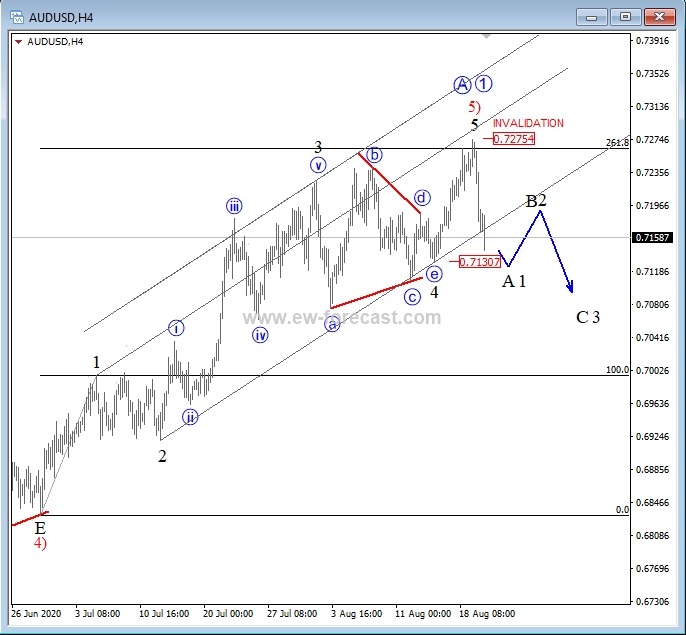 AUD/USD In A Bear Move

We encourage you to use comments to engage with users, share your perspective and ask questions of authors and each other. However, in order...
Read more
Finance Expert

Today’s session threw light on investors’ preparedness, frankly, to go splurge on cars, tractors, burgers and everything else they have been denied because of...
Read more
Investing Stocks