This article was written exclusively for Investing.com

The EUR/USD extended its gains first thing this morning as investors digested early European data which showed, among other things, better-than-expected French GDP and consumer spending, as well as German retail sales. However, the EUR/USD then eased off the highs amid profit-taking from key levels ahead of month-end and after Eurozone GDP, which was released later, came in slightly below expectations with a print of -12.1% in Q2 vs. -12.0% expected.

As we end July, the EUR/USD is still looking quite strong and like it will end positively for the third consecutive month. This month’s 5.6% rise is the largest one-month increase in the value of the euro against the dollar since September 2010. However, with coronavirus making an unwelcome comeback to parts of Europe, the currency may come under pressure again in August. It is also possible that the dollar could rise from the ashes, as virus cases in the US start to drop and the most populous states open up again. So, the EUR/USD’s rally could potentially end.

But we will let the charts guide us, rather than taking a macro view on the direction of rates.

In fact, the monthly chart of the EUR/USD shows price has reached a critical technical juncture between around 1.1850 to 1.2000. Here, an old support and resistance area meets a long-term bearish trend line, derived from connecting the previous significant highs: 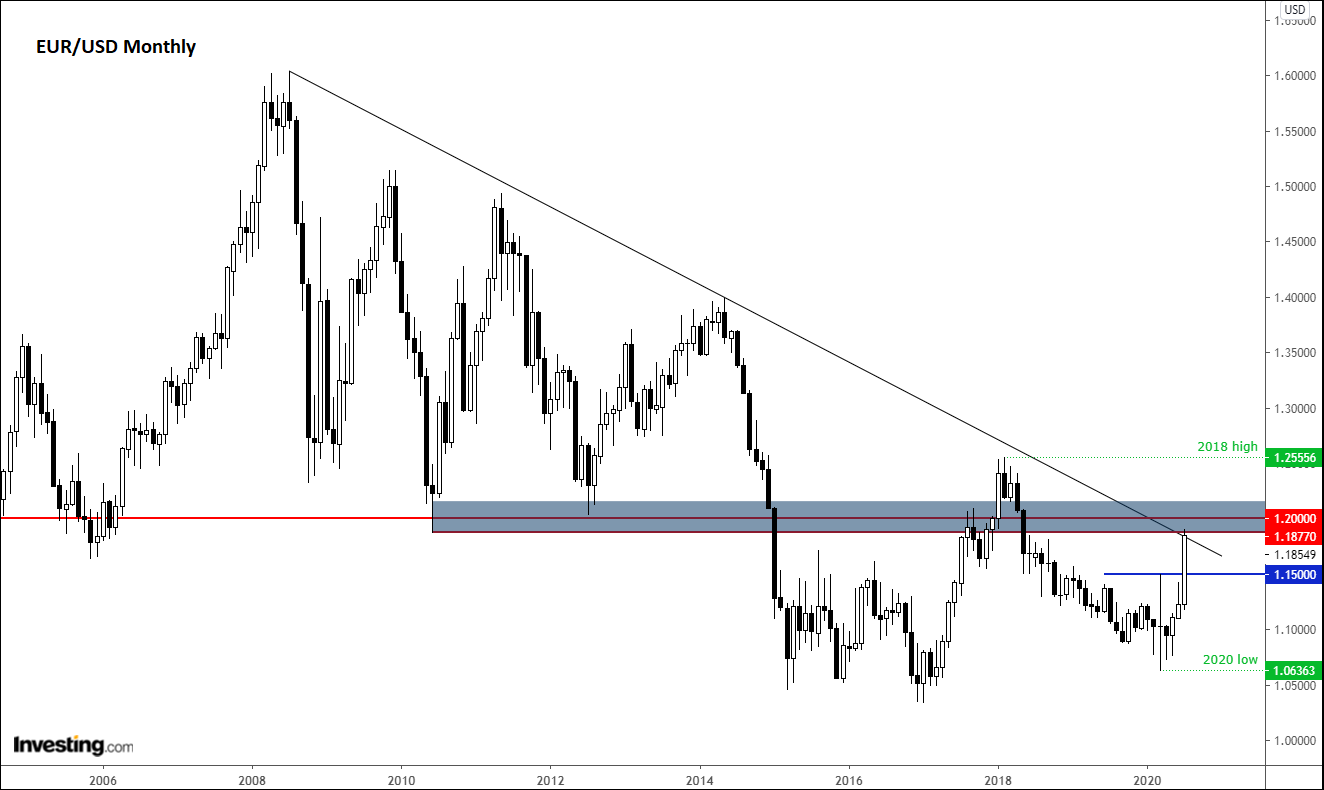 The EUR/USD is testing this monthly resistance area and, as the daily shows, the price is potentially reaching significantly “overbought” levels on the daily time frame, if the Relative Strength Index (RSI) is anything to go by: 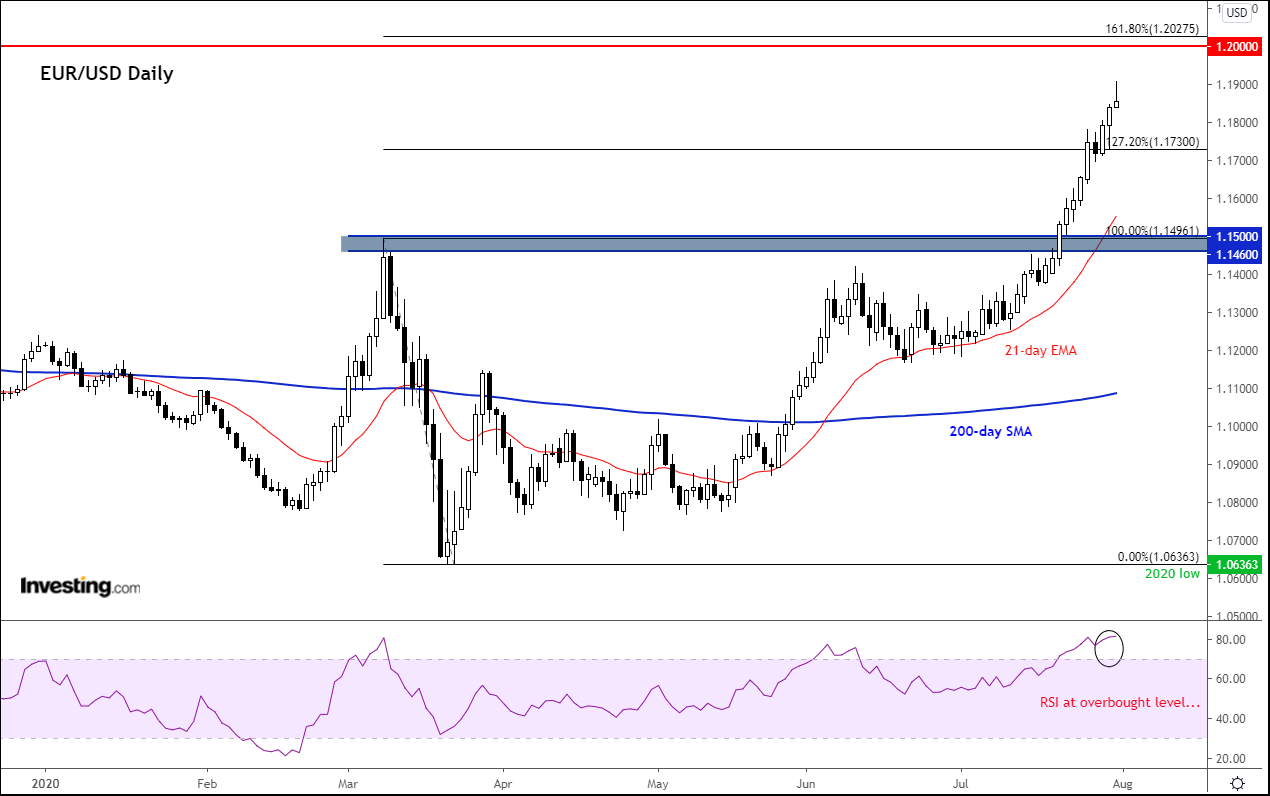 Thus, given the above considerations, at the very least I would expect price to ease back a little on profit-taking from these overbought and technically-important levels.

What happens next will depend to a great degree on the macro factors obviously, but from purely a technical point of view, the bulls would want to see a small retracement and a period of consolidation–for this would point to weak selling pressure. If this turns out to be the case, the EUR/USD may go on to break through the abovementioned resistance zone before heading towards the 2018 high at 1.2555.

However, a sharp retreatment from this 1.1850-1.2000 resistance zone would indicate strong downward pressure. If seen, I wouldn’t rule out a return to the point of origin of the breakout to about 1.1460-1.1500 in the coming weeks.