Precious Metals began a long anticipated correction a few weeks ago but it was somewhat interrupted by news of Warren Buffett buying a stake in Barrick Gold (NYSE:GOLD).

The Buffett bounce has passed and the correction could reassert itself as the path of least resistance remains to the downside.

The weekly chart we posted a few weeks ago which helped us identify the likelihood of a reversal to the downside can also help us spot strong support levels and a potential low.

First, note the candles of the past four weeks (shown at the right edge of the image). They show distribution and are bearish.

For VanEck Vectors Gold Miners ETF (NYSE:GDX), $37 was previous resistance and figures to be tested as support. It marked important lows in 2009 and 2012 as well as resistance in May 2020 and is also a strong Fibonacci level. 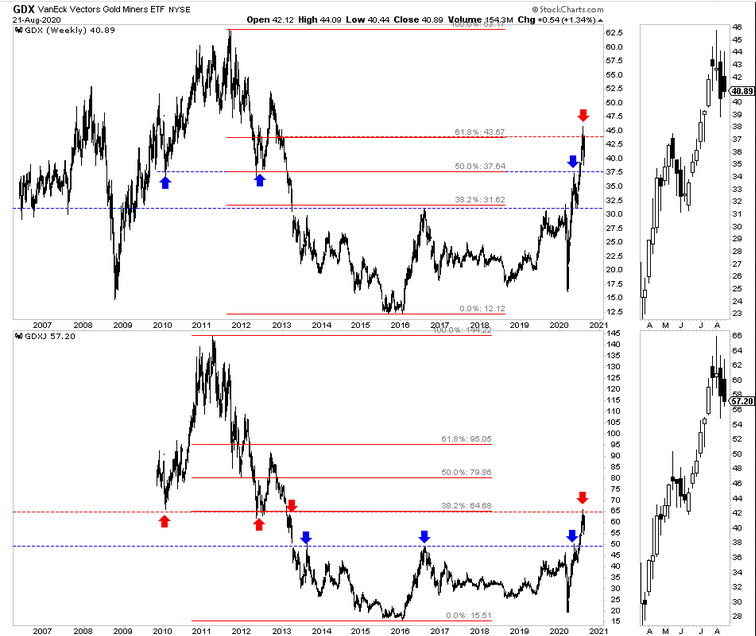 Turning to the metals, we see two obvious bearish candles for the past two weeks. 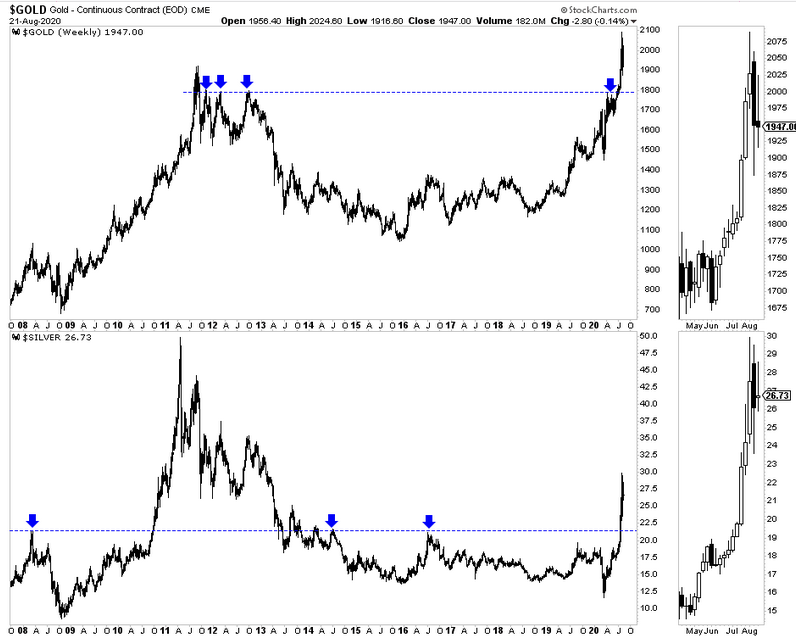 Corrections in gold mining stocks during the 2000s and including 2009 tended to follow a distinct pattern.

Most of the damage in price was done very quickly. Depending on the degree of the correction (intermediate or minor) this could be anywhere from a few weeks to a few months. Then the market consolidated or chopped back and forth for a longer period.

If the miners continue to follow the 2008-2009 recovery analog then the correction in terms of time probably will not last longer than a few months. The correction in price could end on this next leg lower.

While there will be a few buying opportunities as the market chops around, the first opportunity could come as soon as the next week or two.