ECB To Talk Down The Euro?

Overnight the tech-heavy NASDAQ reported its strongest rise in over 4 months, surging 2.7% snapping a three-day losing streak which had traders questioning the valuations of big tech stocks. The Dow Jones and S&P 500 closed +1.6% and 2% higher respectively. It’s still early days and too early to make a call, either way, this could just be a healthy correction in tech stocks, although this could also be the start of a longer-term rotation out of these stocks.

It was reported yesterday that the ECB were confident in the outlook for the bloc’s recovery, the upbeat comments sent the EURO higher. However, attention will also be on Christine Lagarde and whether she will build on Chief Economist Philp Lane’s concerns over the strength of the Euro. Will Christine Large try to talk down the value of the Euro in light of how important the export sector is to the bloc.

Oil is on the back foot in early trade, unable to shake off lingering concerns over the demand outlook, particularly as the US driving season comes to an end. A rise in inventories has fuelled these concerns further. The API reported 2.97 million barrel build in crude stockpiles, following a 1.4 million draw expected. EIA data is expected later today. WTI

Looking ahead attention will shift to the US labour market. Investors will be scanning the market for signs that the US labor market recovery remains on track. Initial claims are expected to slip slightly lower to 846k, down from 881k. The is would represent a slow recovery but at least it still represents a recovery.

On the FTSE, housebuilders could find support after RICS data revealed that the post lockdown jump in house prices continued in August, with prices surging to a 4 year high. According to the Institute of Chartered Surveyors (RICS) prices soared +44 in August from +13 in July. We still consider this to be a false dawn with house prices likely to come under pressure as unemployment rises. Housebuilders are cyclical, a prolonged recession could drag on this sector. 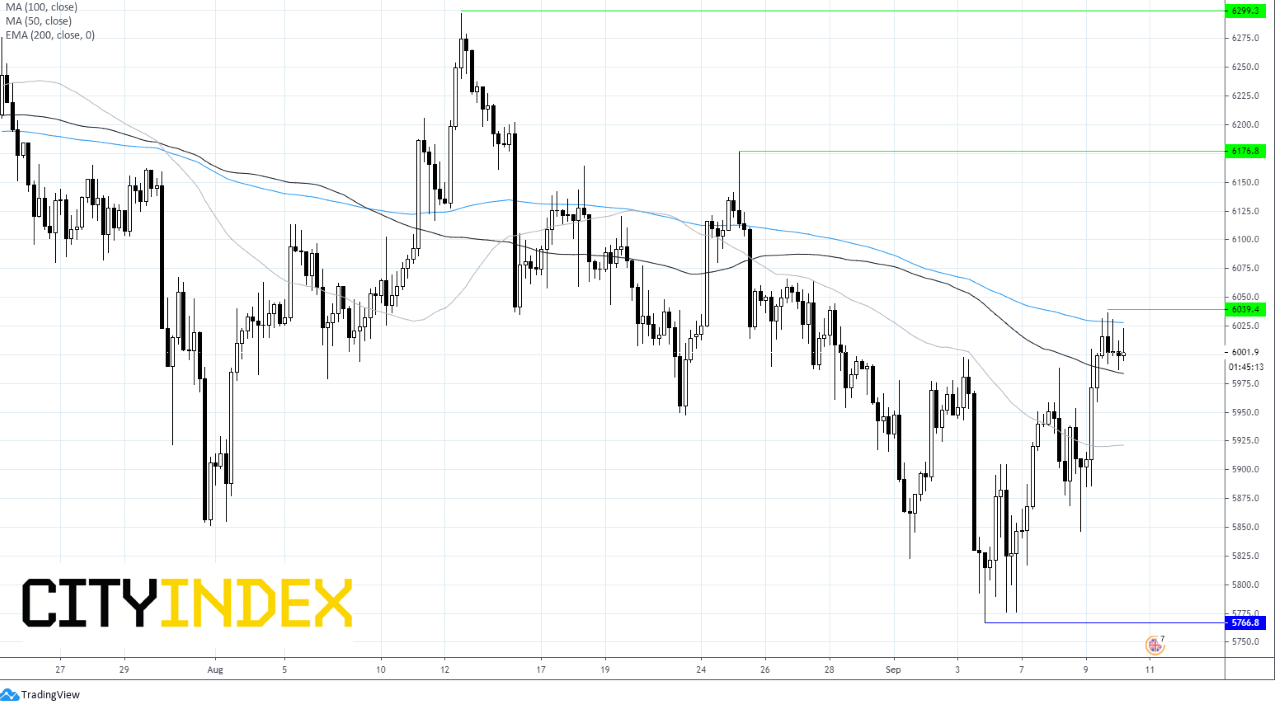 ECB To Talk Down The Euro?

Denmark stocks higher at close of trade; OMX Copenhagen 20 up 0.97%

Ahead of Market: 12 things that will decide stock action on Friday

Nifty moved in a range of 119 points and formed an Inside Bar on the daily chart, reflecting the ongoing consolidation.
Read more