Yesterday, the trading day began with a significant rise in the pound sterling despite a disappointing report on the UK inflation. Thus, consumer prices jumped by 3.2% compared to a rise of 2.0% in the previous period. Economists had expected a smaller increase to 2.9%. Such surging inflation threatens economic recovery and may even lead to recession. What is more, the recent figures may force the Bank of England to take immediate measures that may shock market participants.

Nevertheless, the British pound continued gaining in value, though at a slower pace. The fact is that a day earlier, traders partially priced in yesterday’s inflation report, thus causing a slump in the pound sterling. In other words, the currency was ready for the growth in consumer prices.

However, the pound sterling failed to show a full-scale rebound as the US industrial production data was well above the forecast. Economists had expected a slowdown to 5.0% from 6.6%, but the indicator advanced by 5.9%. Thus, the US economic recovery turned out to be faster than anticipated

Today, the British pound will have a chance to perform a local correction and even return to the level logged before a slump on Wednesday. Notably, it may change its oversold status. Although the US industrial production report is quite positive, markets consider it as an indicator of minor importance. Meanwhile, retail sales is the best indicator of consumer activity that is the main driver of the US economy.

Thus, a rise in the US retail sales may slacken to 13.0% from 15.8%. However, traders should not rely on yearly figures due to the low base effect. It is better to focus on a monthly report that is likely to unveil a decline of 0.7%. Notably, the US inflation has dropped. It means that consumer prices are falling together with consumer activity. It is a rather negative factor.

Speculators failed to change the market sentiment. The pound/dollar pair continued hovering within the range of 1.3800-1.3880, touching one limit after another.

The RSI technical indicator is moving along the 50 line, proving the sideways channel. On the daily chart, we can see that the correction from the local low of 1.3600 became slower. This may lead to a change in the market sentiment.

Traders should focus on the level of 1.3800. If the price fixes below this level on the four-hour chart, it is likely to fall even deeper.

The alternative scenario will become possible if the pair consolidates above 1.3800. This may result in a sideways movement.

Since the price dropped from the 38.2 Fibonacci level, the complex indicator analysis has provided a sell signal in the short term. However, according to the technical analysis, there is a buy signal on the daily chart. Notably, the signal is not stable. 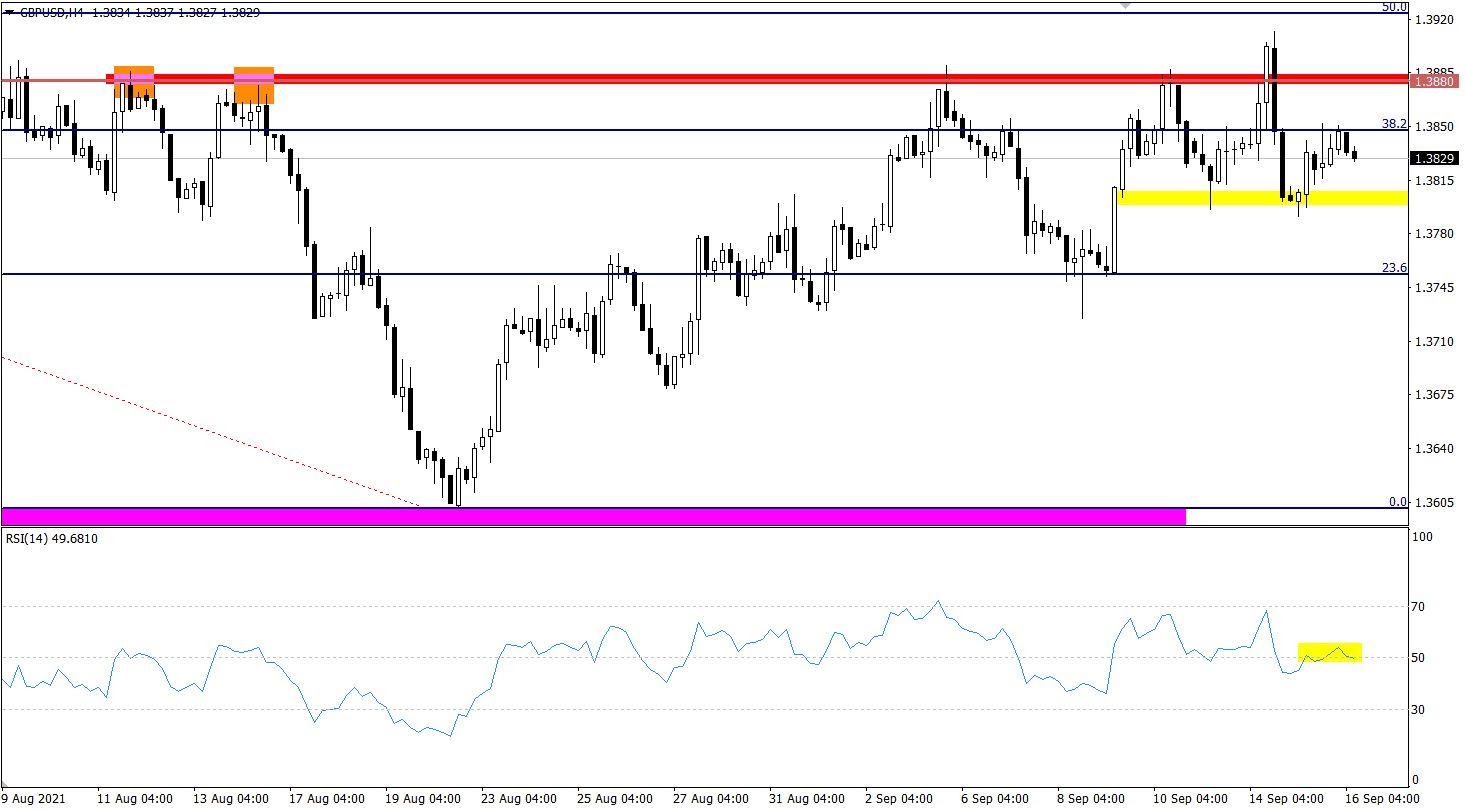 NEW DELHI: The Nifty IT index closed on a positive note on Monday. Shares of Infosys(up 4.45 per cent), Tech Mahindra(up 3.41 per cent),...
Read more
IndiaTimes Stocks