In the Thursday session, the British pound continues to rally. Currently, the pair is trading at 1.3587, up 0.69% on the day.

The anticipation is growing that the UK and the European Union are poised to announce an agreement on Brexit. UK Prime Minister Boris Johnson is expected to deliver the dramatic news in a press conference, which could happen later in the day. The sides are believed to have reached a deal, but there are still some details to work out on the final outstanding issue, which is the fishing rights that will be granted to EU fishing fleets in British waters.

An agreement on Brexit will be a huge relief on both sides of the Channel, after more than four years of arduous negotiations between London and Brussels. A trade deal will preserve the intertwined trading relationship between the two sides and prevent the imposition of WTO rules, which would have meant tariffs and customs on goods moving between the UK and the EU.

The Brexit talks have gone to the wire, with just one week left before the Dec. 31 deadline. The markets have priced in a deal for months, but have watched with increasing nervousness that deadlines have come and gone without an agreement being reached. This uncertainty has taken the pound on a roller-coaster ride. After a Sunday deadline by EU lawmakers was missed, pessimism grew and the pound fell as low as 1.3187. However, with the news that a deal was within reach, the pound has shot higher, crossing above the 1.36 line earlier on Thursday. It would not be a surprise if the pound pads on some additional gains after a deal is announced. In the near-term, there is plenty of room for the pound to continue climbing, and the currency could break past the symbolic 1.40 line early next year. In all the gloom and doom around Christmas in 2020, a Brexit agreement makes for a nice present under the Christmas tree. 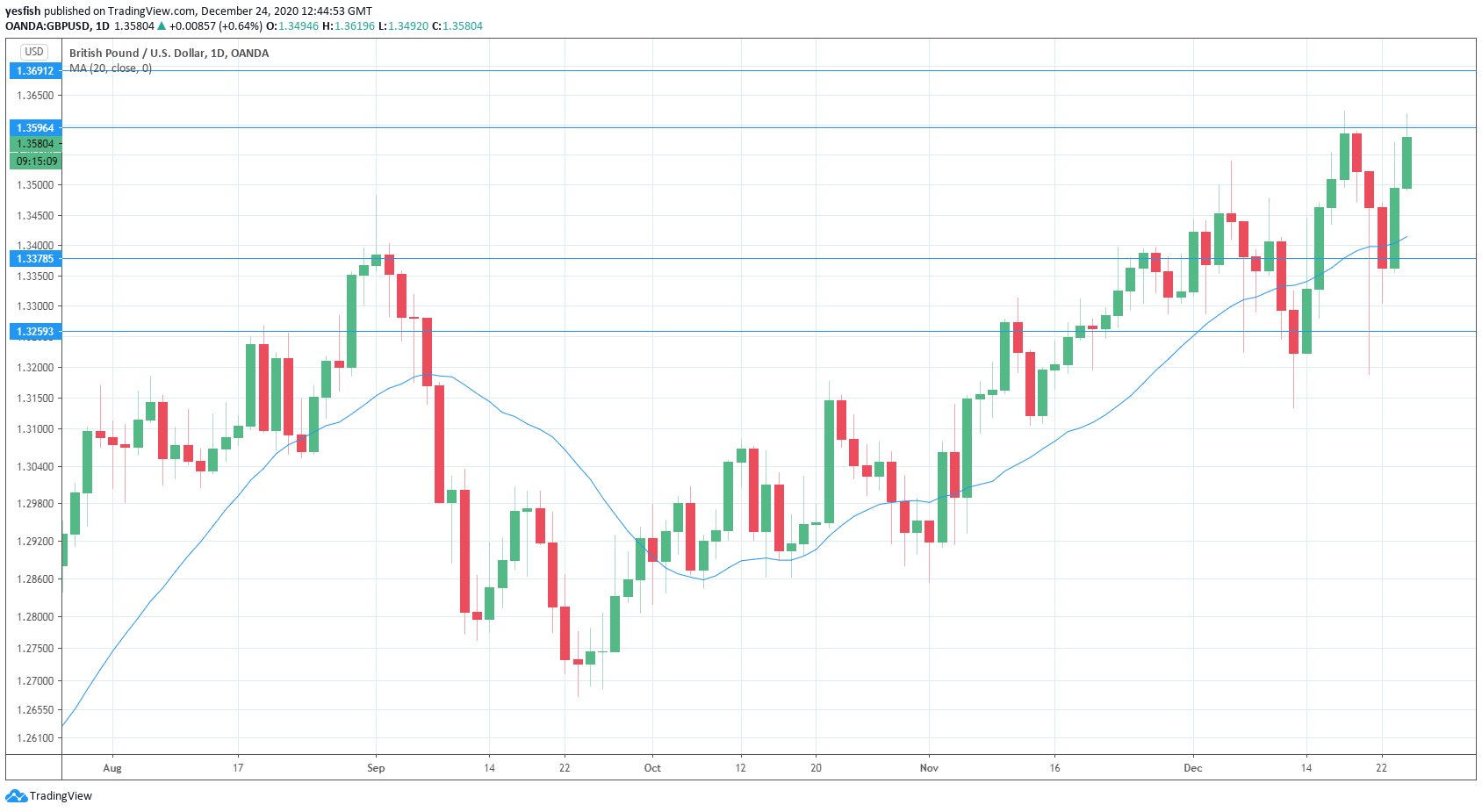 With GBP/USD moving higher, we start with higher resistance levels:

This article is for general information purposes only. It is not investment advice or a solution to buy or sell securities. Opinions are the authors; not necessarily that of OANDA Corporation or any of its affiliates, subsidiaries, officers or directors. Leveraged trading is high risk and not suitable for all. You could lose all of your deposited funds.

GBP/USD: Bullish Breakout Or Correction Over?