Putin to review Russian military might as tensions with West soar 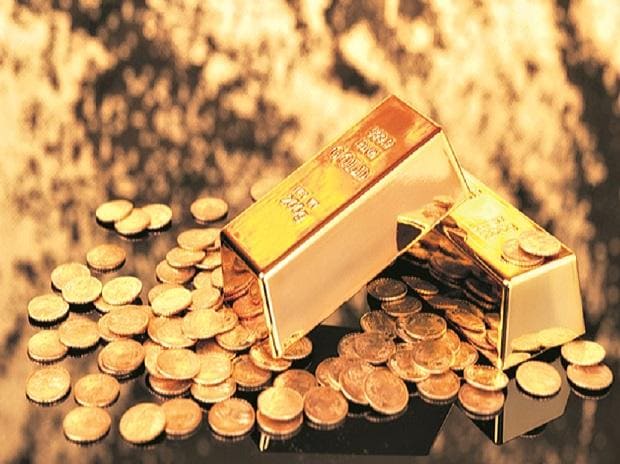 
fell for the second consecutive day to Rs 52,319 per 10 gram in line with the sell-off in international prices of the yellow metal while silver prices further dropped to Rs 66,153 per kg, according to Indian Bullion and Jewellers Association.


Multi Commodity Exchange of India in a notification has said it will launch a liquidity enhancement scheme in the newly launched segment ‘options on goods’ with gold mini contract.


The liquidity enhancement scheme, popularly known as market making, will start from September 1, said in a circular.


According to the circular, the exchange, based on a competitive bidding process, will appoint the lowest (qualified) bidder in terms of ‘bid incentive amount’ as a single designated market maker for the product till the scheme remains in force. The maximum incentive bid amount is Rs 40 lakh per month.


In the international market, gold recovered on Thursday from an over 3% slide in the last session, after unexpectedly topped one million again and the Federal Reserve minutes reiterated concerns over economic recovery.


“The Fed minutes reiterated the need for people to own gold, they were still concerned about the and its impact on the economy, that shows they want to stay accommodative and help consumers stay afloat,” said Michael Matousek, head trader at US Global Investors.


Minutes from the US central bank’s last policy meeting showed policymakers were concerned the economy faced a highly uncertain path and more monetary support may be needed, although they downplayed the need for yield caps and targets.


An unexpected rise in to above 1 million last week and weaker US equities was also helping gold, analysts said.


The dollar index at near one-week high, however capped gold’s gains, making the non-yielding bullion expensive for holders of other currencies.


“The main fundamentals behind gold have not changed,” said Edward Meir, an analyst at ED & F Man Capital


“Stimulus is still coming in and it’s very pre-mature to say we’re recovering globally and should see higher rates and stronger dollar; we are many months away from that.”


Read our full coverage on gold and silver prices

Putin to review Russian military might as tensions with West soar