Large precious metals speculators edged their bullish net positions lower in the Gold futures markets this week, according to the latest Commitment of Traders (COT) data released by the Commodity Futures Trading Commission (CFTC) on Friday. 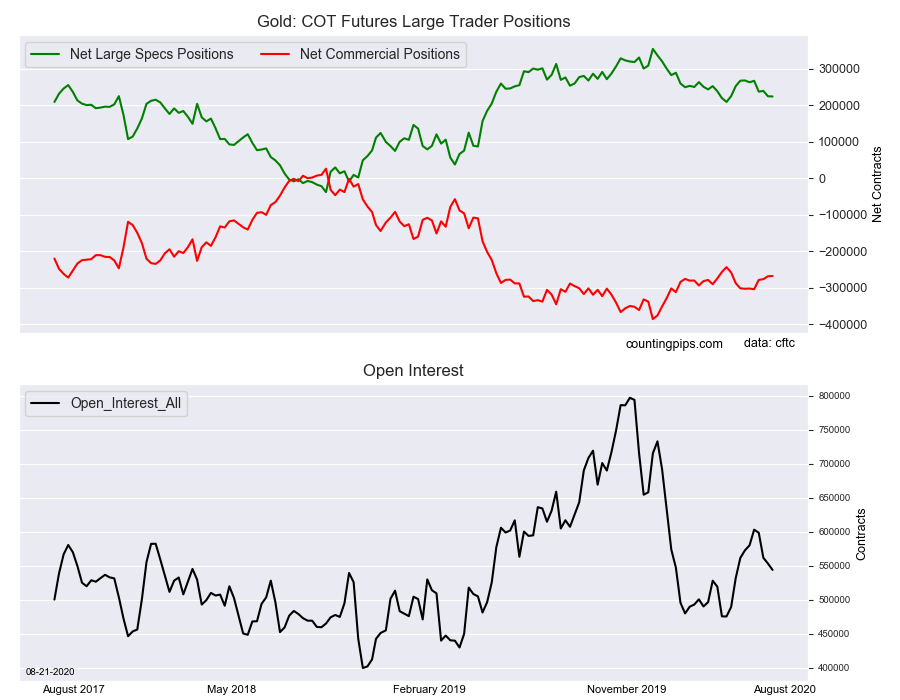 The non-commercial futures contracts of Gold futures, traded by large speculators and hedge funds, totaled a net position of 223,518 contracts in the data reported through Tuesday, August 18th. This was a weekly dip of -535 net contracts from the previous week which had a total of 224,053 net contracts.

Gold speculators reduced their bullish bets this week for the second straight week and for the third time in the past five weeks. The bullish position of the speculator has been trending lower and this week’s standing marks the lowest bullish level of the past ten weeks. Despite the recent decline in speculator sentiment, the gold price has been strong with a fluctuation between $1,900 and above the $2,000 level over the past four weeks. Overall, the gold speculative position has now been above the +200,000 net contract level for 62 consecutive weeks, dating back to June of 2019.

The commercial traders’ position, hedgers or traders engaged in buying and selling for business purposes, totaled a net position of -267,771 contracts on the week. This was a weekly advance of 560 contracts from the total net of -268,331 contracts reported the previous week. 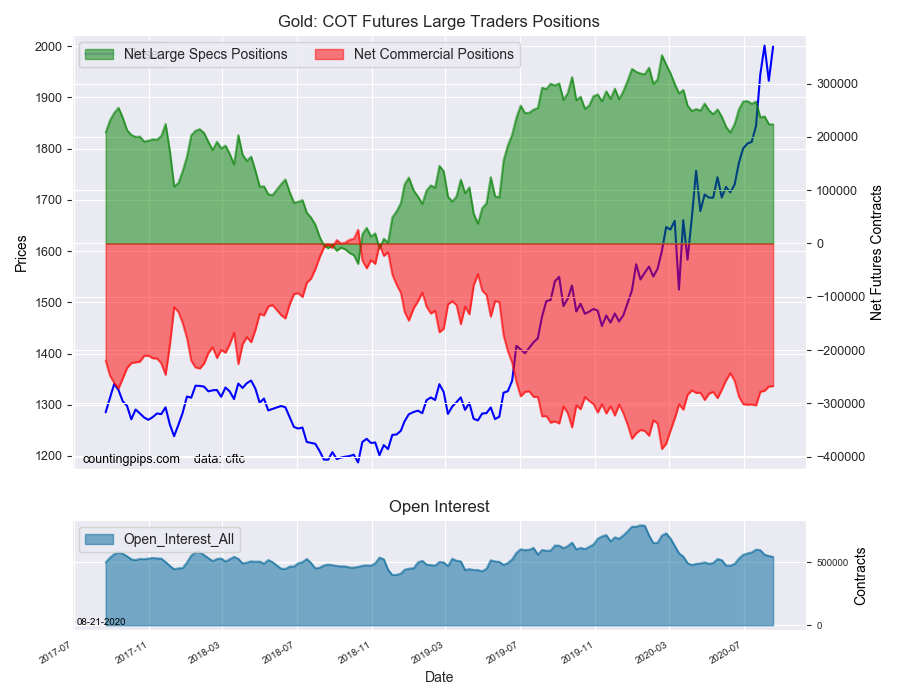 Over the same weekly reporting time-frame, from Tuesday to Tuesday, the Gold Futures (Front Month) closed at approximately $1999.40 which was a boost of $66.80 from the previous close of $1932.60, according to unofficial market data.

Shares of copper miner Freeport-McMoran (NYSE:FCX) are up more than 41% year-to-date.The stock has benefitted from the bull run in copper prices, currently at...
Read more
Finance Expert

Shares of copper miner Freeport-McMoran (NYSE:FCX) are up more than 41% year-to-date.The stock has benefitted from the bull run in copper prices, currently at...
Read more
Investing Stocks

Chart Of The Day: United Airlines Stock Gets Its Wings Clipped Again