L.A. develops homelessness strategy, but does it have political will?

Russia says it hopes U.S. ambassador’s consultations in Washington won’t be in vain

Large precious metals speculators reduced their bullish net positions in the Gold futures markets this week, according to the latest Commitment of Traders (COT) data released by the Commodity Futures Trading Commission (CFTC) on Friday. 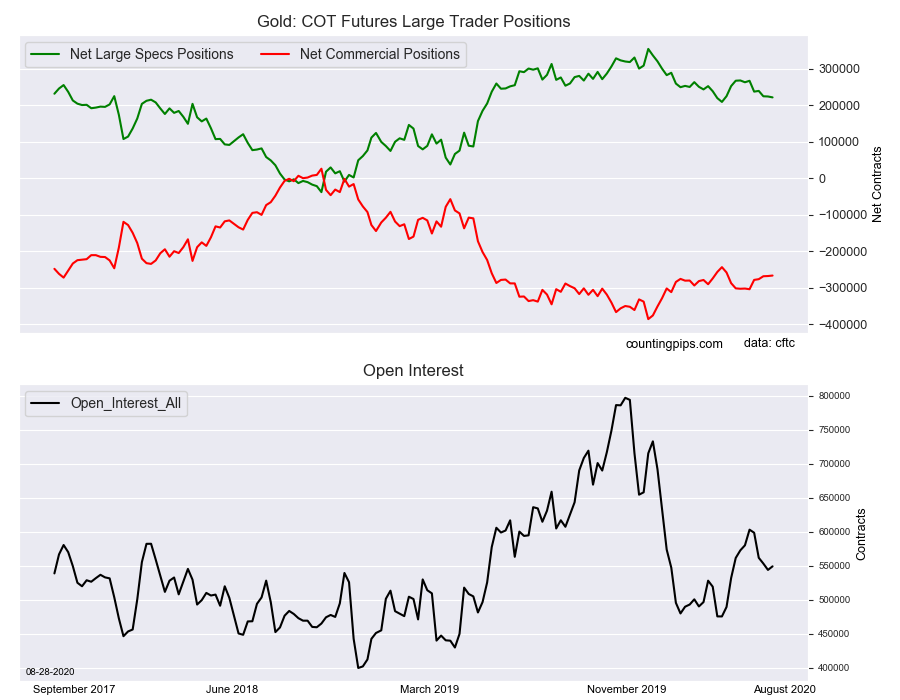 The non-commercial futures contracts of Gold futures, traded by large speculators and hedge funds, totaled a net position of 221,038 contracts in the data reported through Tuesday August 25th. This was a weekly decline of -2,480 net contracts from the previous week which had a total of 223,518 net contracts.

Gold speculators cut back on their bullish bets for a third straight week and for the fourth time in the past five weeks. The speculative sentiment has been on a downtrend in the past two months as the large spec level has now dipped to the lowest level of the past eleven weeks. Despite the recent weaker sentiment, the overall net bullish position continues to remain above the +200,000 net contract level and has been above this threshold for sixty-three straight weeks, dating back to June of 2019.

The commercial traders’ position, hedgers or traders engaged in buying and selling for business purposes, totaled a net position of -266,445 contracts on the week. This was a weekly uptick of 1,326 contracts from the total net of -267,771 contracts reported the previous week. 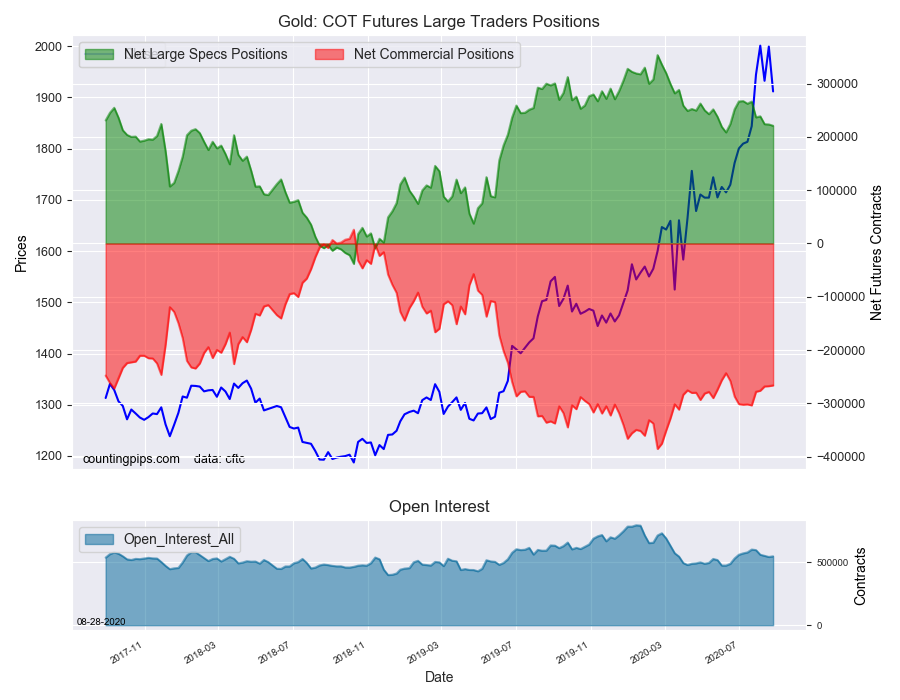 Over the same weekly reporting time-frame, from Tuesday to Tuesday, the Gold Futures (Front Month) closed at approximately $1911.80 which was a drop of $-87.60 from the previous close of $1999.40, according to unofficial market data.

L.A. develops homelessness strategy, but does it have political will?

Russia says it hopes U.S. ambassador’s consultations in Washington won’t be in vain

GBP/AUD is currently at 1.7929 in an expanding wedge in a range. We are looking for an immediate move to the ATR target at...
Read more
Finance Expert

Chart Of The Day: Russell 2000 Fundamentals Bright But Traders Are Cashing Out

MUMBAI: Benchmark equity indices staged a sharp comeback in the last few hours of trading, aided by short covering in shares of banks and...
Read more