Is Now A Good Time To Invest In The Oil Majors?

Betting on top oil stocks has always been risky. The biggest challenge investors face when evaluating energy equities is correctly predicting the direction of oil markets.

Even if you’re a long-term energy bull, picking the right stock from the “big oil” group has become more complicated given the uncertain, long-term, demand/supply outlook alongside the rising use of renewables, electric cars and a global push to curb climate change.

The COVID-19 pandemic, which has drastically changed the way the global economy consumes energy, has made this task even more challenging.

While a slow and gradual economic recovery has boosted crude prices in the second quarter, it’s still not enough to resolve the deep demand/supply imbalances. Demand has plunged this year after the pandemic forced governments to lock down economies, airlines to cancel fights and workers to stay at home.

Oil prices have more than doubled since the March dip, but they’re still down around 35% this year. Brent crude fell to $42.66 a barrel on Friday, and is treading below $42 at time of writing, suffering its biggest weekly loss in almost three months as infection rates continued to climb in nations such as the U.S. and India.

Faced with these uncertainties, Saudi Arabia has begun to offer discounts to buyers for October delivery, a sign the world’s biggest exporter sees fuel demand wavering amid more coronavirus flare-ups around the globe, according to a report in Bloomberg. 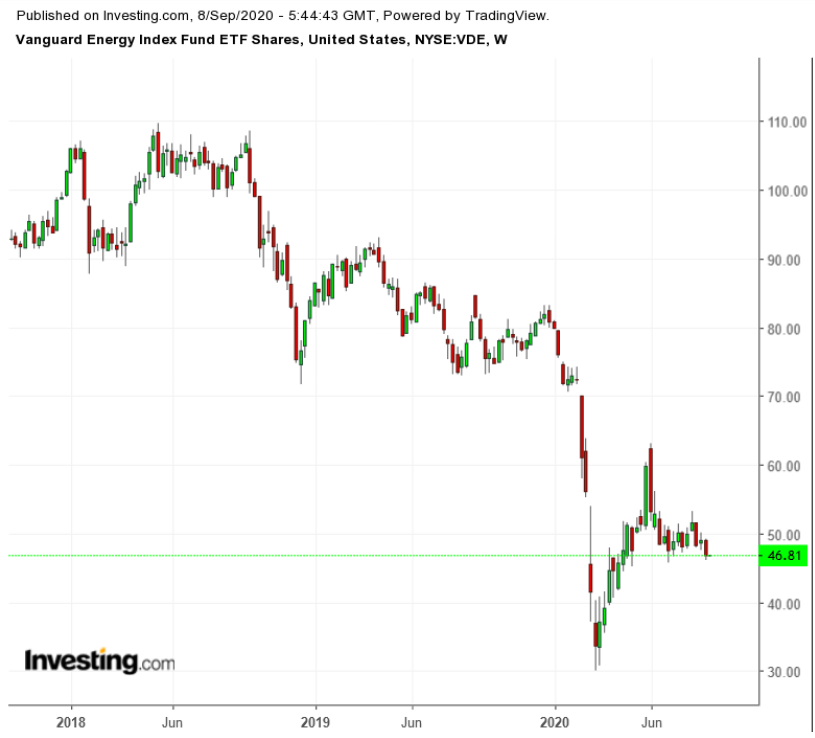 The Vanguard Energy Index Fund ETF (NYSE:VDE)–whose top 10 holdings include Exxon Mobil (NYSE:XOM), Chevron (NYSE:CVX) and Phillips 66 (NYSE:PSX)–remains down more than 40% for the year, even as the broader S&P 500 has recovered its losses from the March dip.

And if economic uncertainty weren’t reason enough to stay way from energy shares, there’s an additional hazard for buy-and-hold investors: uncertainty about the sustainability of dividends. A massive slump in oil prices in the first quarter has forced some of the largest gas and oil producers in the U.S. to either freeze or slash their payouts.

In April, Royal Dutch Shell (NYSE:RDSa) cut its dividend for the first time since World War II, reducing it by 66%. Around the same time, oilfield services provider Schlumberger (NYSE:SLB) slashed its dividend by 75%, its first cut in at least four decades.

Exxon and Chevron are among those energy majors which have so far averted reducing their payouts, but that situation could change if the world sees another demand dip, or the alliance to control production and thus supplies among OPEC+ producers falters. 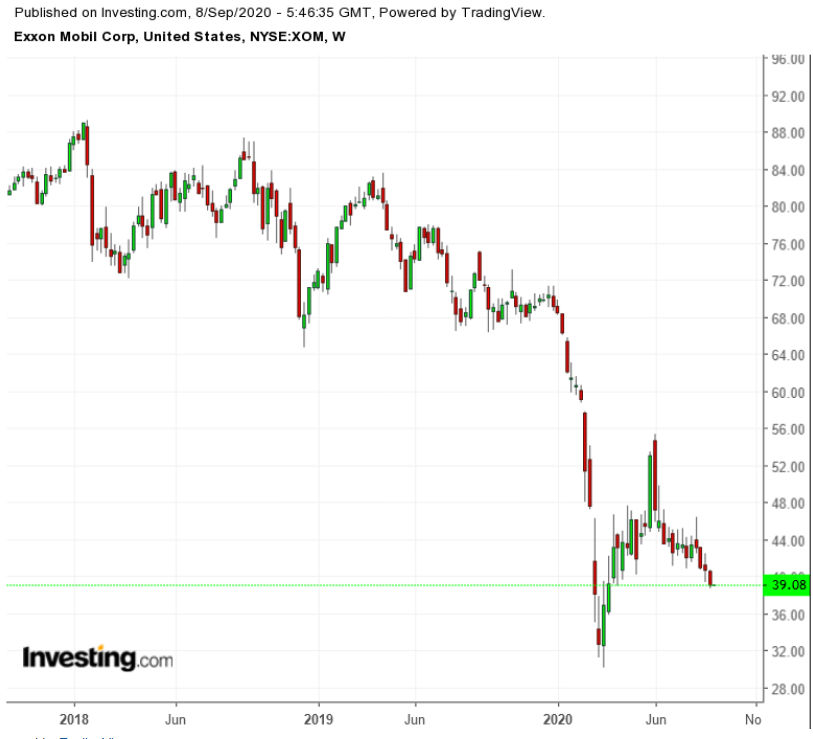 Many of the oil majors have sought to retain investors despite slowing growth and slumping profits over the past decade, but that doesn’t seem to be the case anymore. Holdings of oil-and-gas stocks by active money managers are at a 15-year low, according to investment bank Evercore ISI.

Oil stocks don’t make a compelling investment case in the current economic environment. Their profits are declining and their dividends are under threat.

These companies are most exposed to negative headwinds, including from oversupply in oil, natural gas and liquefied natural gas. That situation is unlikely to change as long as the pandemic keeps accelerating and sentiment shifts away from fossil fuels.

Denmark stocks higher at close of trade; OMX Copenhagen 20 up 0.97%

Ahead of Market: 12 things that will decide stock action on Friday

Nifty moved in a range of 119 points and formed an Inside Bar on the daily chart, reflecting the ongoing consolidation.
Read more