Here are a few views of gold in relation to other markets and brief summaries thereof, with a focus on how it relates to the gold mining sector and the inflationary macro to come.

The gold-silver ratio is in a potential bounce pattern with RSI and MACD positive divergences. A bounce (if applicable) – which would likely come in unison with a counter-trend bounce in USD could accompany more broad market pressure and possibly a brief whiff of deflation. As we’ve noted in NFTRH for much of 2020, silver has trounced gold and that is a bigger picture inflationary signal in the “metallic credit spread” (H/T Bob Hoye). 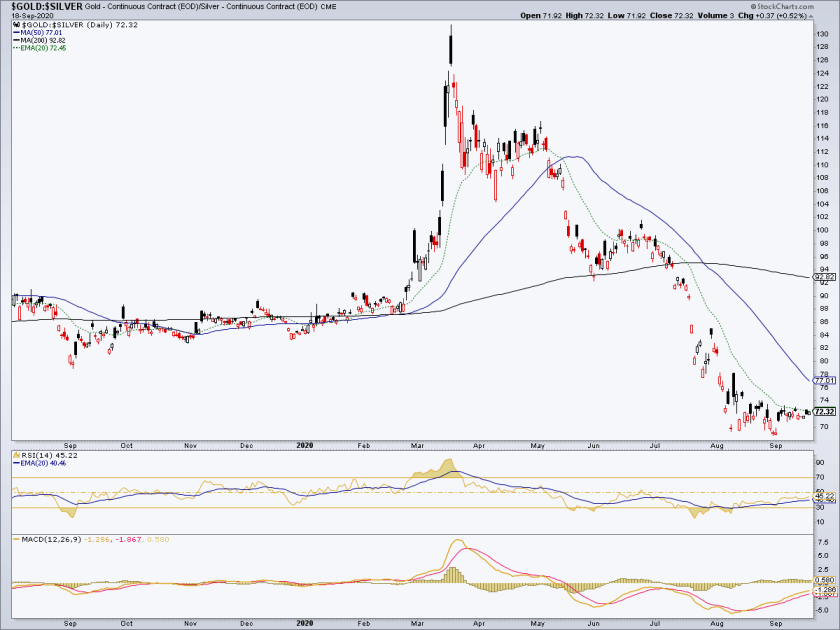 Let’s flip it over for a moment and use gold as the caboose. The HUI-gold ratio is intact to its intermediate uptrend, although it got a little heavy on the rising 50-day moving average to end the week. If it holds up, it’s still a bullish indicator. If it fails the SMA 50, we’d be looking at a deeper sector correction, although the major trend would still be intact at the SMA 200. 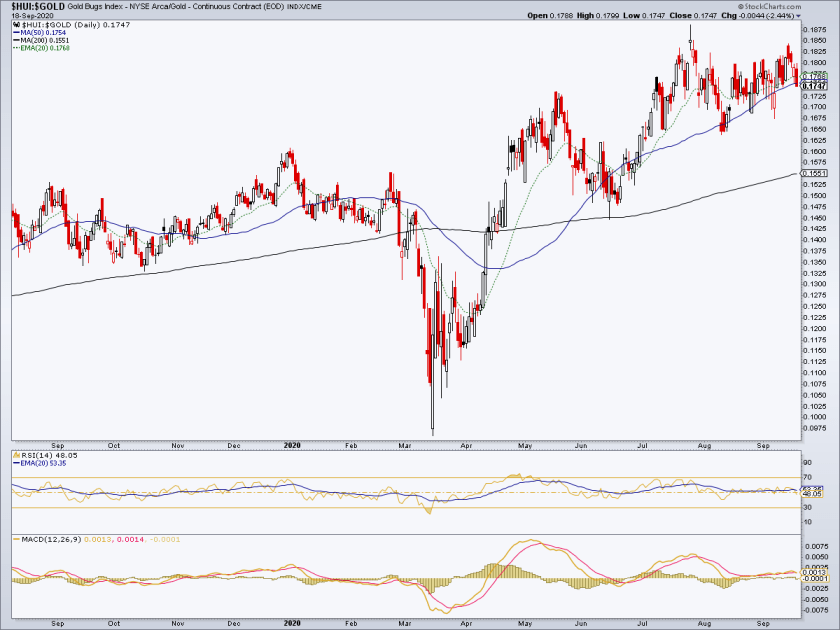 Currently an excellent macro fundamental indicator for gold stocks, as Gold-SPX held a higher low on a second test of the rising 200-day moving average and looks constructive to reestablish the uptrend. 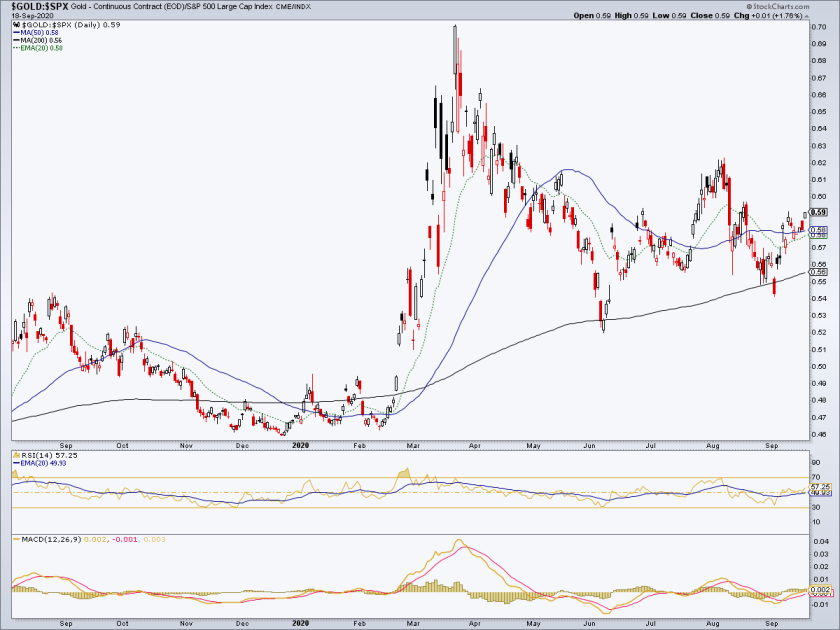 Gold/Global Stock Markets is very similar to Gold/SPX above. Constructive. 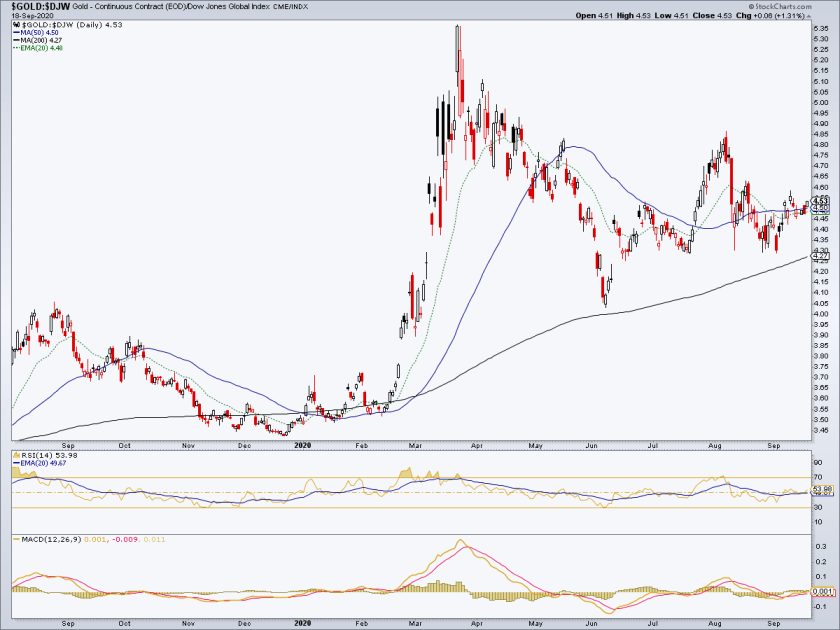 A little wobbly to end the week as crude oil bounced. A breakdown in gold-commodities, much like gold-silver, could have inflationary implications. But the major trend by the 200-day moving average, remains up. 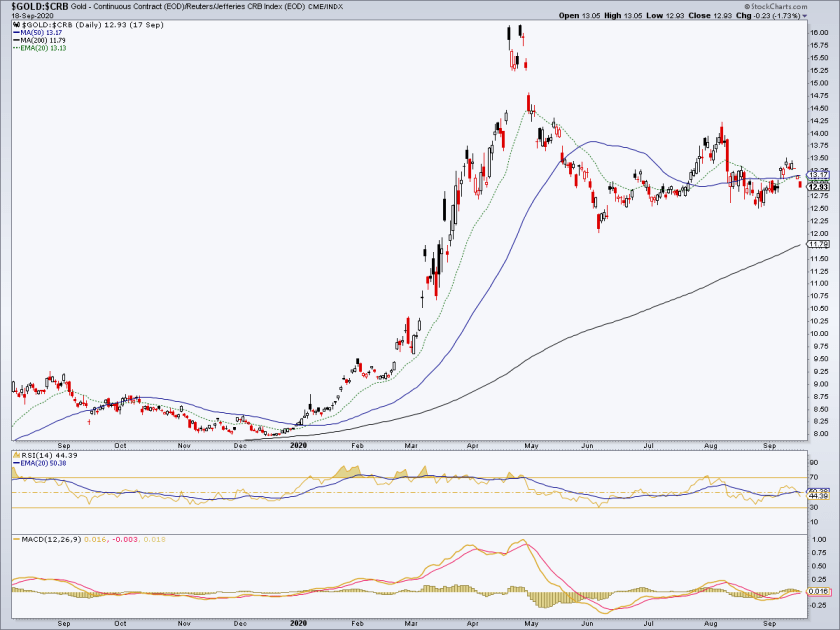 This is a highly volatile but up trending inter-market ratio that smooths out as a fundamental positive for gold miners in 2020 (energy being a significant piece of the mining cost pie). 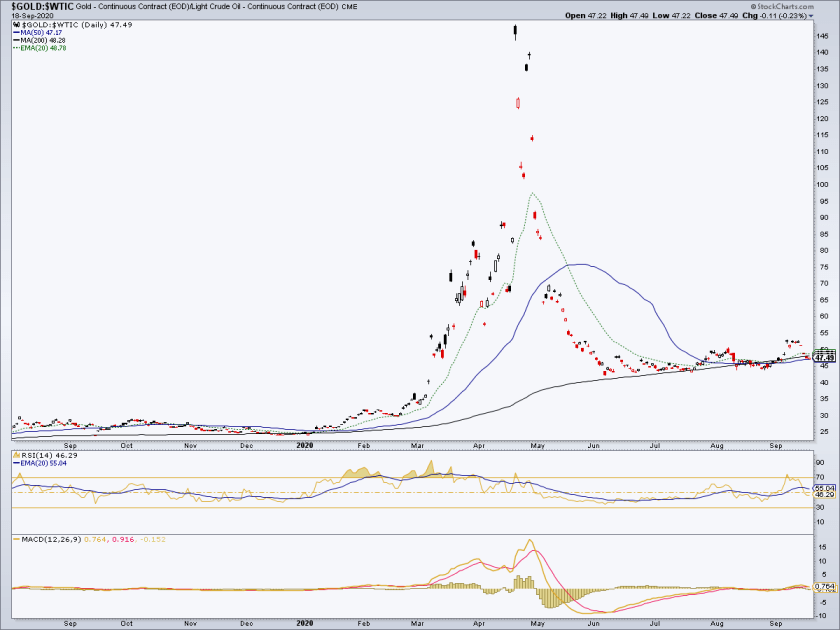 A breakdown in Au/Cu and gold’s ratios to other cyclical industrial metals would not necessarily mean the end for gold and gold stocks. Quite the contrary most likely. But it would indicate the dawn of an inflationary cyclical macro, within which the gold sector would be “just another sector” in the inflated macro, as we often note. In NFTRH we have been identifying some opportunities in the commodity sphere, but a breakdown (below the July low) here would indicate more to come. 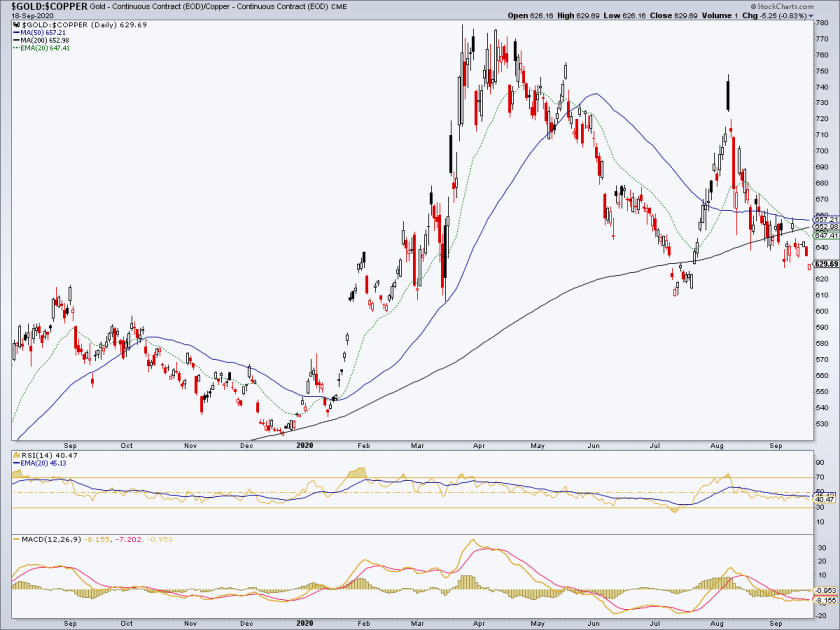 As is usually the case, gold followed by gold stocks and silver have led the macro markets to an inflationary juncture. This happened in 2001, in grand fashion in Q4 2008 and in minor fashion again in 2016. This year, gold has again led out of a deflation scare and its ratios to other markets will indicate when the inflation will kick in as a readily obvious condition.

Will Oil Bottom Soon, and at What Price?