With bank holidays in the UK, Japan, and China yesterday, it’s not surprising that most major markets got off to a slow start as the trading week kicked off. That said, trading activity is likely to pick up sharply as the week rolls on, culminating in Friday’s highly-anticipated release of the April US Nonfarm Payrolls report.

Last month, the marquee US jobs report came in at 916K, crushing estimates of 652K net new jobs, and we also saw positive revisions to the previous month’s release. Economists have taken note of the impressive figure, as well as the ongoing rollout of COVID vaccines, and the consensus estimate for Friday’s report is 975k net new jobs, which would mark the strongest reading on the US labor market in the last eight months.

As we saw in last week’s FOMC meeting, the central bank isn’t likely to make any changes to monetary policy any time soon, so this NFP report is unlikely to have an immediate impact on Fed policy. That said, another strong report, especially if accompanied by an uptick in the average hourly earnings figure, could prompt speculators to start buying US assets in anticipation of the Fed removing some of its stimulus down the line.

The North American pairing tends to be particularly active on NFP Fridays because Canada releases its own monthly jobs report, giving traders multiple high-impact releases to digest. As of writing, USD/CAD remains within its 6-month bearish channel and is currently testing a 4.5-year low near 1.2250: 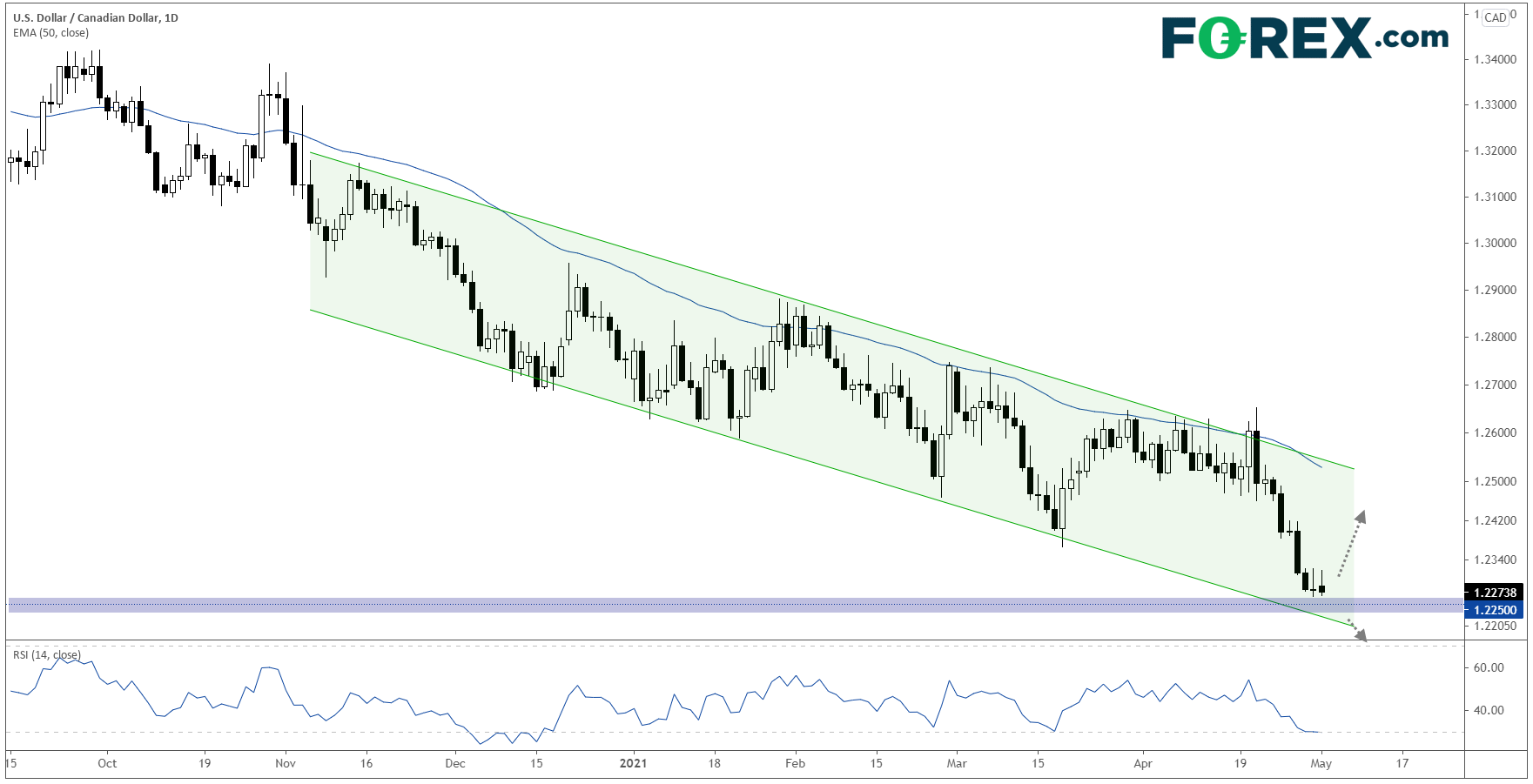 With rates extended away from the 50-day EMA, probing this key long-term support level, and the 14-day RSI testing its lowest level of the year, there’s potential for USD/CAD to see at least a short-term bounce if the US jobs report beats expectations and/or the Canadian version of the report comes in soft.

Meanwhile, the 1.2250 represents a clear “line in the sand,” so a confirmed break below that level, if seen, could quickly see USD/CAD falling toward 1.2100.