Oil prices were a little lower again on Thursday as the G7 continues to work towards a price cap on Russian oil. Brent crude fell heavily on Wednesday amid reports that the group could settle on a level around $65 which is roughly where they currently sell it at, and with a sizeable profit. That would blunt the effectiveness of the cap and ensure we don’t see any shortages in supply. But it may be what is necessary to keep all stakeholders on board, with some countries concerned about the domestic implications of a stricter cap.

The discussions will continue but these reports have weighed on the price of oil at a time when restrictions, maybe even lockdowns, in China threaten demand in the world’s second-largest economy. And amid a report – since denied – that OPEC+ could boost output next week. I’m not sure what the motive would be at this point but perhaps it’s heavily conditional on the outcome of the G7 talks.

Gold bulls very much welcomed the FOMC minutes on Wednesday and we’re continuing to see the price benefit today. The yellow metal has massively benefited from the “dovish pivot” last month if we can even call it that, as policymakers appeared to support a slower pace of tightening from next month, which was then backed up by the minutes.

It remains within a range though, with $1,730 providing support below – around the September and October highs – and $1,780 resistance above – a key area of support in the first half of the year.

Happy Thanksgiving Day, everyone. The market is closed today and closes early on Friday. The one chart giving me a big smile is crude oil, which is taking a nice, hard…

OANDA Senior Market Analyst Craig Erlam talks about how gold responded to the release of the FOMC minutes.
Original Post

Jordan Roy-Byrne, Founder and Editor of The Daily Gold joins us to discuss the potential of a market crash next year and if it happens what would happen to the precious metals. 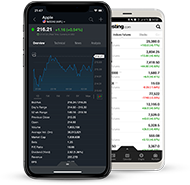 Pinterest reaches deal with activist Elliott; Steinberg to join board