Oil Remains Under Pressure And Likely To Continue To

Over the last few months, I’ve written extensively about oil and how, from a technical perspective, it has been building into an extended congestion phase, which started in mid-June and has continued ever since, with the commodity constantly attempting to rally and failing each time.

It was no surprise, therefore, to see oil finally sell-off last week and on high volume, with Friday’s wide spread down candle breaking below the volume point of control at $41 per barrel (as denoted with the yellow dashed line) thereby confirming the endemic weakness. In addition, this morning’s price action has moved below the potential platform of price support denoted with the blue dashed line of the accumulation and distribution indicator. The indicator works by increasing the thickness of each line depending on the number of times a level is tested and holds. In other words, the thicker the line, the stronger the support or resistance level. 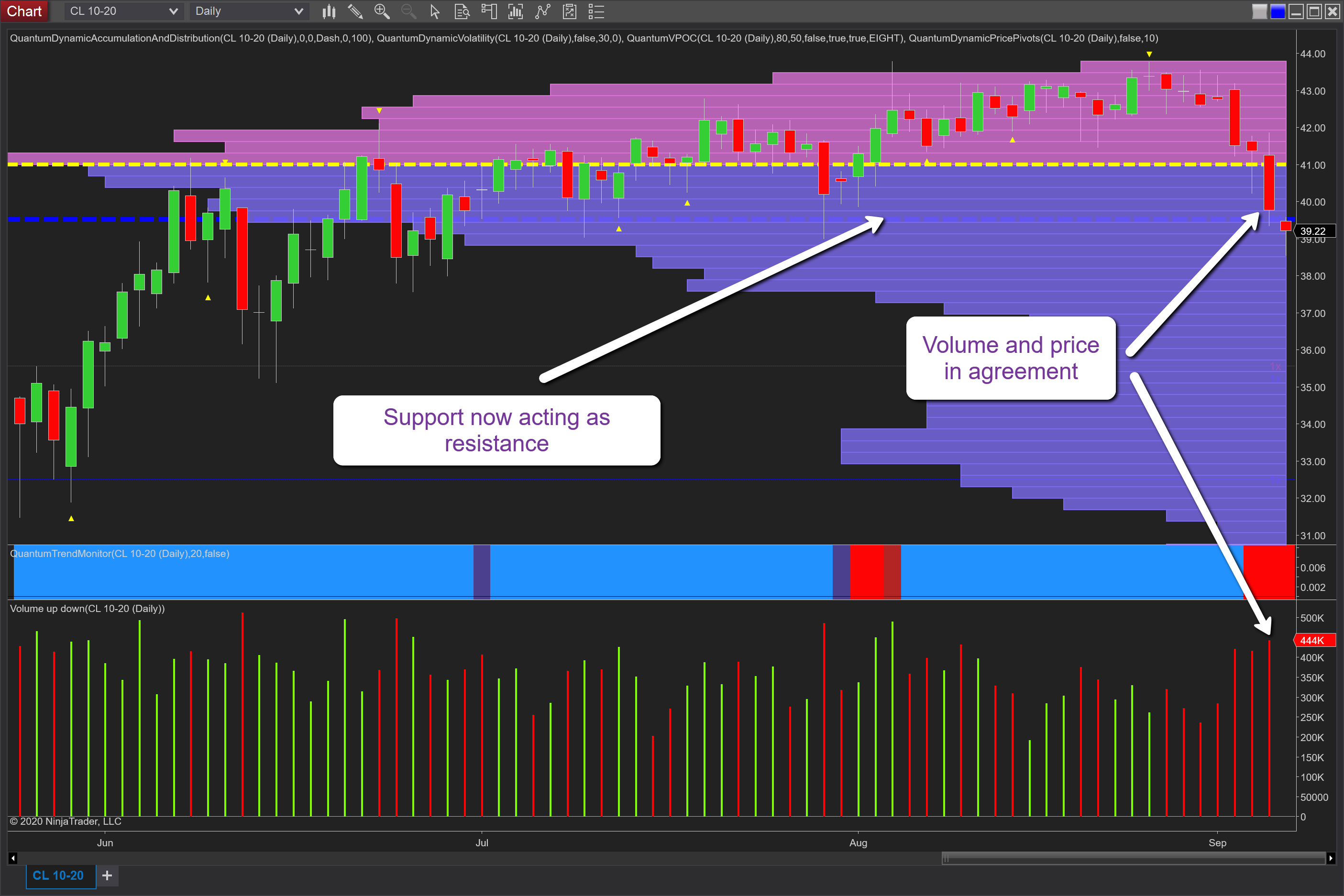 Whilst the technical picture remains weak, so also do the fundamental factors of supply and demand and even last week’s surprise draw in inventories of 9.4 million barrels, failed to give oil any longer-term bullish momentum, a bullish momentum which continues to be weighed down by the global lack of demand coupled with oversupply. The decline in the US dollar has also failed to provide any significant support, as has OPEC, as the ongoing global pandemic continues to dominate. Indeed, the Russian Energy minister has confirmed he believes the future recovery is going to be much slower than anticipated, with oil likely to be trading around $50 and $55 per barrel in 2021.

In the short term, we can expect to see further congestion at the current level and possibly lower towards the $37 or $36 per barrel area where minor support awaits.

Oil Remains Under Pressure And Likely To Continue To

Protesters back on Myanmar streets after night raids by security forces

Thursday's Nasdaq slump briefly saw it down more than 10% from last month's record high, on the cusp of what investors consider a correction...
Read more