With the Q2 2020 earnings season behind us, investors now have little doubt that big-box retailers and tech giants are the biggest beneficiaries as the pandemic boosted demand for their products and services.

The earnings reports this week from some of the largest retail chains showed strong gains in sales as consumers increased spending on everything from food to home refurbishing products.

Target (NYSE:TGT) yesterday reported the strongest quarterly growth in its history, boosted by online sales. Target’s comparable sales—those from stores and through digital channels operating for at least 12 months—rose 24% in the quarter ended Aug. 1, a company record and twice as much as in the May quarter. Gains were broad-based in categories like food, electronics and home goods as people were mostly locked in their homes. 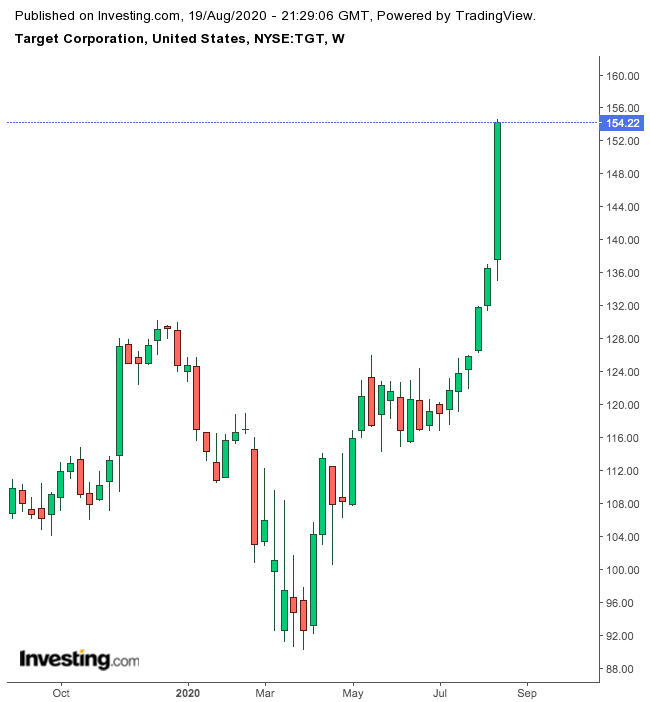 Like Target, Walmart (NYSE:WMT) also showed similar trends, reporting comparable-store sales that beat analysts’ estimates with an increase of 9.3% at its U.S. stores. The retailer’s U.S. e-commerce sales jumped 97% in the quarter, showing the company is steaming ahead to expand its reach and market share when more people are buying online. 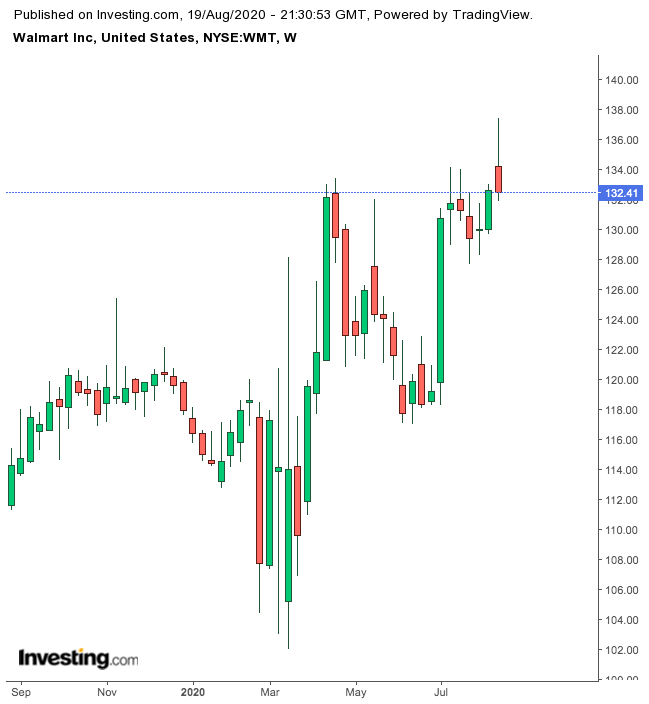 This impressive e-commerce performance by the brick-and-mortar stores should cause some concerns over at Amazon (NASDAQ:AMZN), the world’s largest online retailer whose profit in the April-to-June period doubled from a year earlier. The e-commerce powerhouse reported revenue and profit even after spending $4 billion during the period to stabilize its supply chain and improve worker safety. 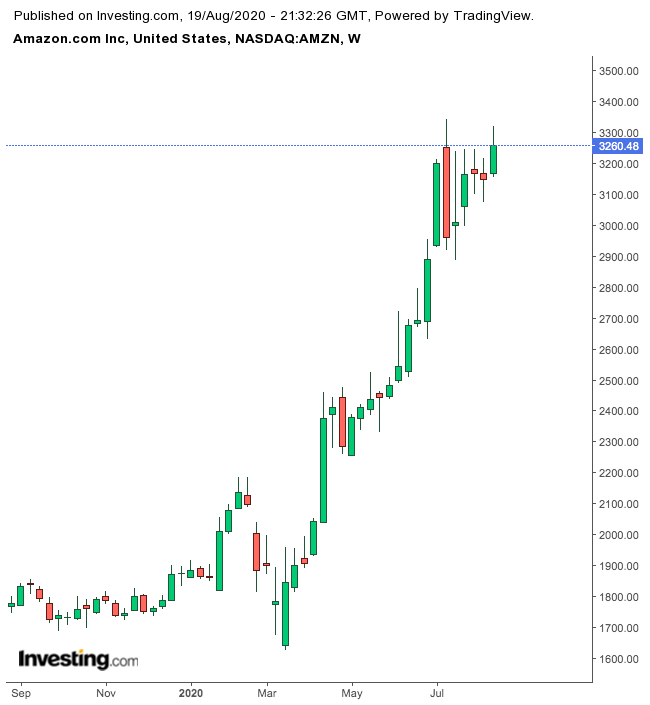 While essential retailers benefited from lockdowns and stimulus checks that boosted Americans’ spending power on everything from groceries to bicycles, the future of this monetary incentive remains uncertain, with Democrats and Republicans again failing to reach a new deal.

Notwithstanding the grim economic picture brought on by the virus, tech behemoths Apple (NASDAQ:AAPL), Facebook (NASDAQ:FB), Alphabet (NASDAQ:GOOGL) and Microsoft (NASDAQ:MSFT) all reported better-than-expected financial results, with each generating billions of dollars in earnings for the June quarter.

The numbers produced by Apple, Facebook, Alphabet and Microsoft all showed the resilience of their business models even during a recession. These companies gained ground, as swelling online shopping, social media interaction and cloud-tapping remote workers strengthened their lead. 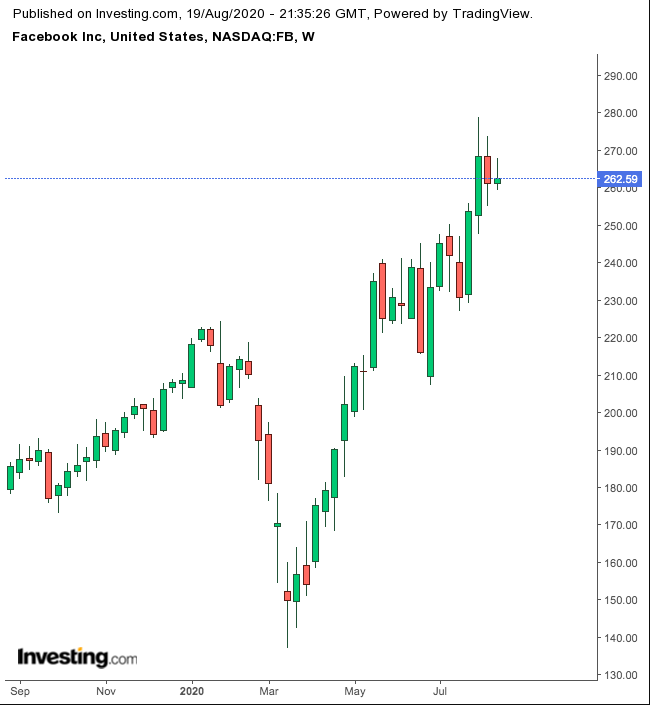 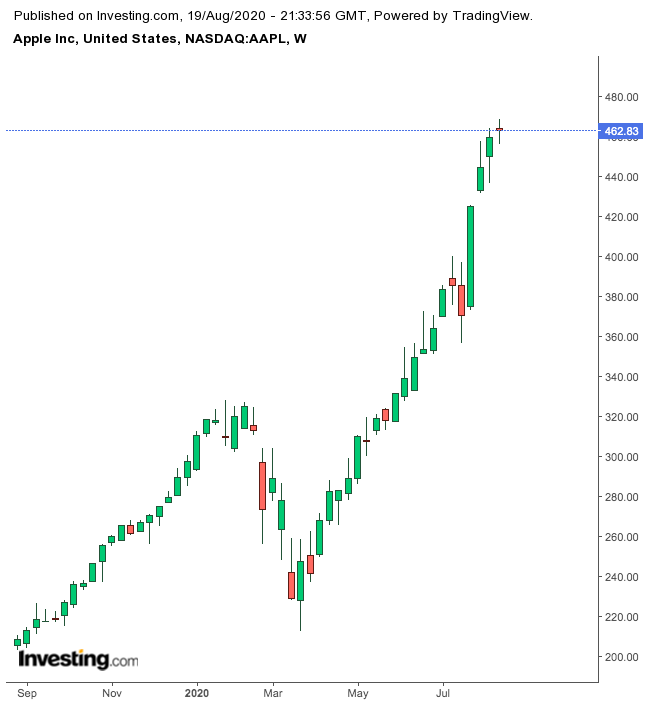 In contrast, for old-economy companies, it was all about surviving and preserving cash. From industrial giants like Boeing (NYSE:BA) and Caterpillar (NYSE:CAT) to airlines and oil producers, executives were convinced that customers might not return to pre-pandemic levels of travel and socializing too soon.

Boeing in its earnings announced additional layoffs and fresh production cuts to all of its major commercial-jet programs, including the still-grounded 737 MAX, which it now expects to return to the skies in the fourth quarter as people continue to avoid traveling. 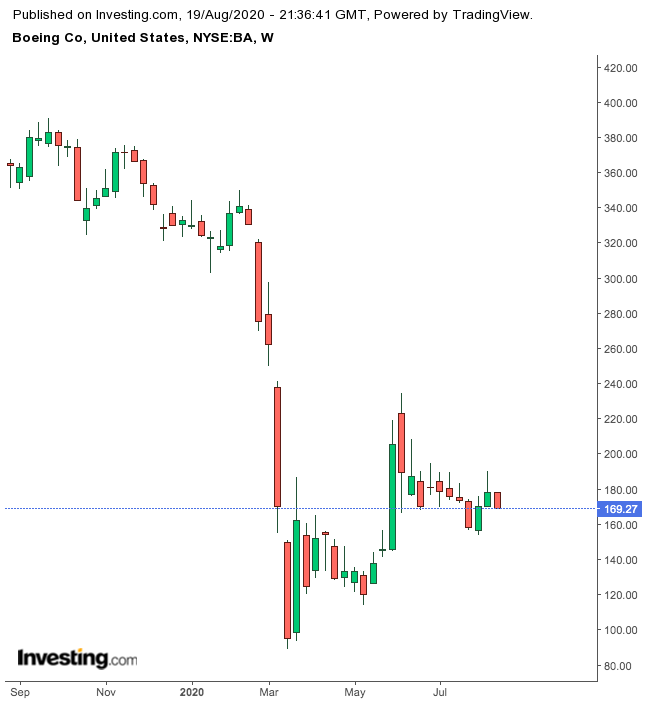 At Caterpillar, sales of construction equipment to Asia Pacific countries were down 10% in Q2 versus last year, and 54% in North America. The pricing environment for the construction giant continues to remain weak, especially in the competitive Chinese market. 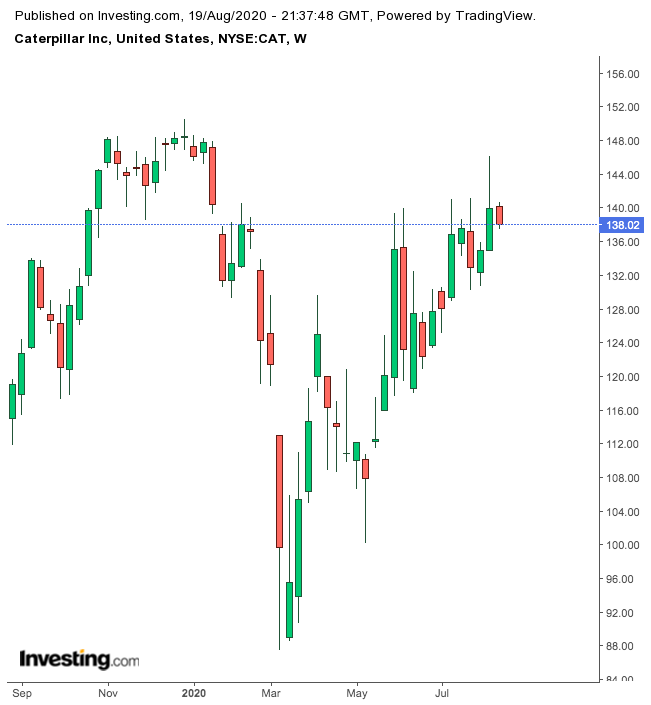 Energy producers facing low oil prices along with one of the most severe demand destructions in recent history are trying to get through this recession by slashing budgets and, in some cases, once sacrosanct dividends.

Exxon (NYSE:XOM) and Chevron (NYSE:CVX) released their Q2 2020 earnings reports, which exposed the extent of damage they endured by the pandemic-triggered collapse in energy demand.

In Q2, Chevron lost $8.3 billion, its largest loss since about 1998. That showing also stood in sharp contrast to the same period in the previous year, when the company posted a $4.3-billion profit. 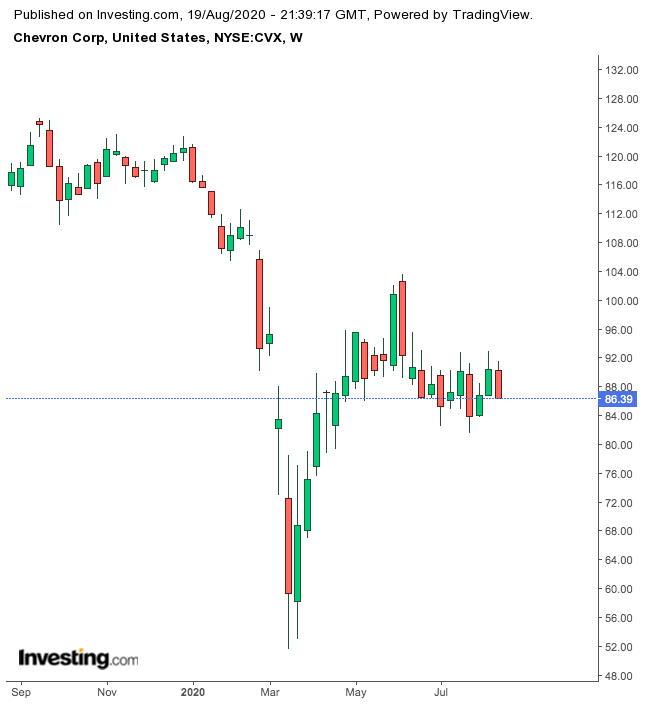 Exxon had a similarly disturbing story to tell. The largest U.S.-based oil and gas producer posted back-to-back quarterly losses for the first time this century. The energy major, based in Irving, Texas, reported a deficit of $1.1 billion, compared with a profit of $3.1 billion in the same period a year ago. Exxon also told investors it will delay its ambitious expansion plan to preserve cash. The company failed to generate positive operating cash flow in the quarter. 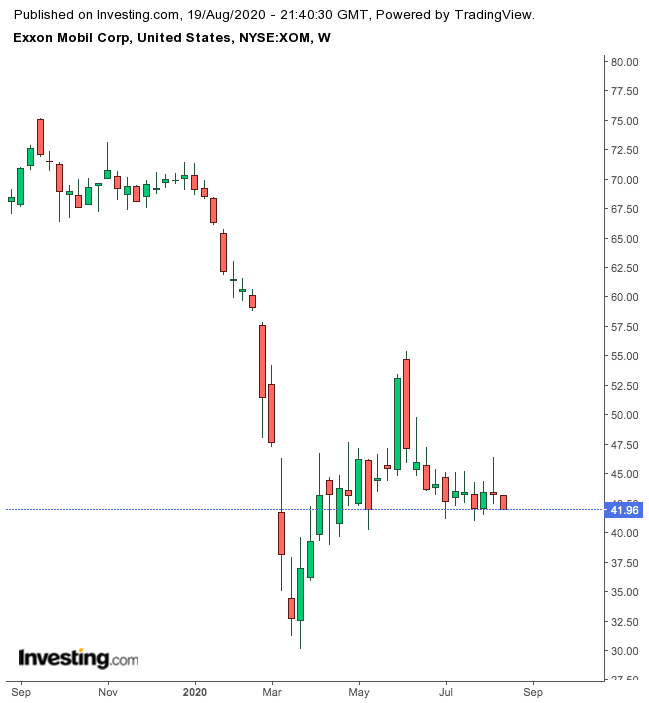 As the S&P 500 reaches a new record high in a full V-shaped recovery, the Q2 earning season shows that this turnaround is led by retail and tech giants that benefited from the pandemic-driven demand surge. For the rest of the economy, it’s all about survival.