There is no sure way to predict a bubble in the making for any asset class, but there are some fairly similar warning signs that emerge before the value of an asset inflates beyond realistic norms. The latest evidence of a possible bubble forming comes from the eye-popping success of certain initial public offerings (IPOs).

The most recent of these is the cloud-data software maker Snowflake (NYSE:SNOW), whose first-day trading increase doubled its IPO price. That 104% gain at the opening bell was the third-highest pop for an IPO of $1 billion or more on a U.S. exchange, and the biggest since Florida-based equipment rental company Herc Holdings (NYSE:HRI) went public in 2006, according to Bloomberg data. 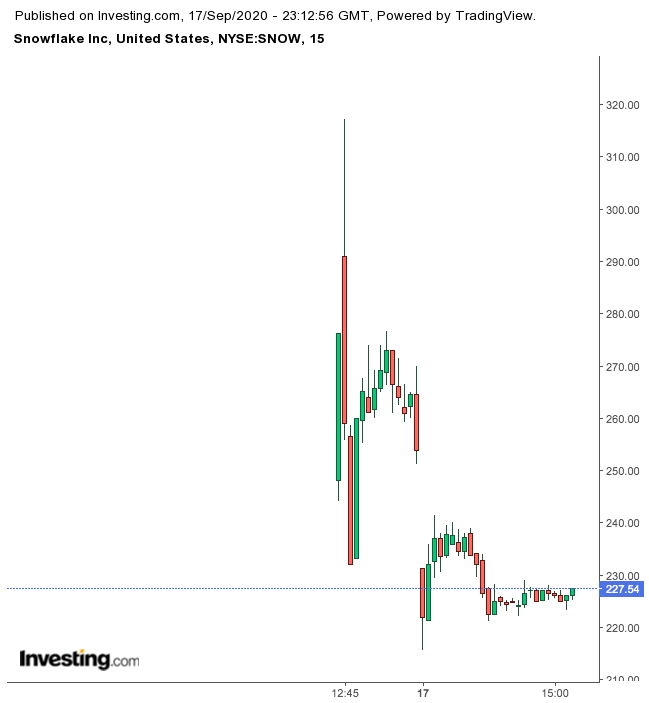 The same day, Jfrog (NASDAQ:FROG), which makes tools for software developers, popped 47% in its trading debut after its initial public offering raised $509 million. Besides these two recent examples, there’ve been many IPOs this year that showed how investors are lining up to get the piece of what they hope could possibly be the next Zoom (NASDAQ:ZM) or Amazon (NASDAQ:AMZN).

Investors’ insatiable appetite for growth and the easy monetary conditions are perhaps the two biggest reasons these IPOs had a field day. The historic first-day pop has been about 14% for an IPO. This year, that average is 36%, according to IPO tracker Renaissance Capital.

Of course, it’s almost impossible to predict which of these companies will be successful and which will leave their investors in trouble. History, however, tells us that an IPO’s early success is no guarantee of the company’s long-term viability.

A Bloomberg analysis of companies that debuted since the financial crisis and popped more than 100% in their first day of trading shows that most stocks have fallen since their initial surge. According to Renaissance research, published by CNBC.com, the 11 other IPOs this year that have popped more than 100% on the first day have averaged a negative 1% return from the first-day close.

The usual culprit in any IPO’s debacle has been the cash-burn that investors initially ignore, as these companies show a debt-laden path to growth. Snowflake, for example, is a great business with a strong growth momentum, but the company has yet to make a profit and still burns cash.

And investors’ buying frenzy fuelled its market cap to more than $70 billion, six times higher than what it received in a private funding round in February. That means the management is now under a lot of pressure to perform as Wednesday’s price action has valued the company at more than 70 times of forward sales. Zoom Video, one of the most successful IPOs of the past year, trades at just 40 times forward sales.

Investing in IPOs can be a successful bet in the short-run, especially when a lot of money is chasing a few new ideas, but that initial euphoria may not last forever. Investors should consider these opportunities with a healthy amount of skepticism. Their stock prices can’t continue growing at a torrid pace forever and these companies have a tough road ahead to show sustainable profitability.

Markets are lower in afternoon trading in New York today. China fears have created uncertainty, and why we looked to short the Transports yesterday. It...
Read more
BusinessStandard Stocks