S&P 500 Broke Out To New Highs, And Corrected. Here’s Where We Stand Now

Before everyone gives up on small caps, the 20 year chart above shows small caps have almost doubled the performance of the S&P 500. If your a long term investor that can handle the additional risk, stick with it!

Sentiment indicators understandably showed a pullback from the prior month and year over year levels for both the small business and consumer side.

Perhaps the most impressive piece of data was the new cycle high reading on New Homes Sales. New Homes Sales is widely considered a leading indicator, although in this case it may not be telling the whole story. Impressive nonetheless.

Weekly Unemployment Claims briefly ticked back up over the 1 million mark, but finished the month dropping from 1.1 million, to 1.006 million, to 881K. (What times we are in when 881K people filing for unemployment is considered “better than expected news”). 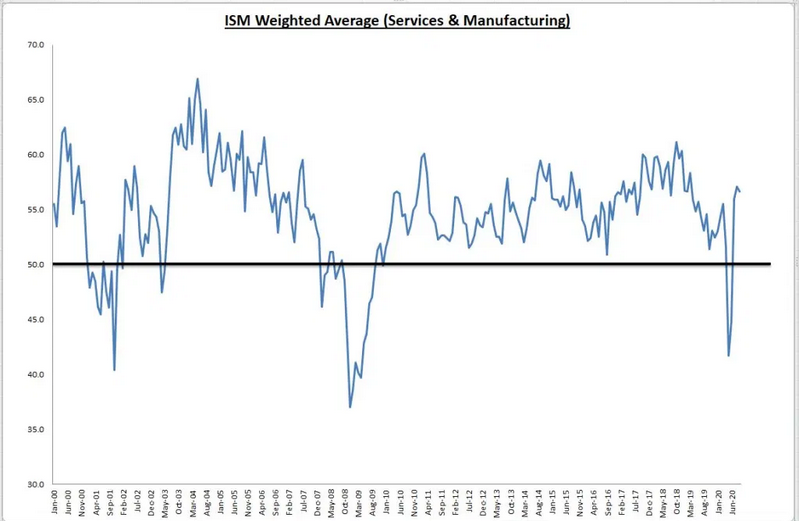 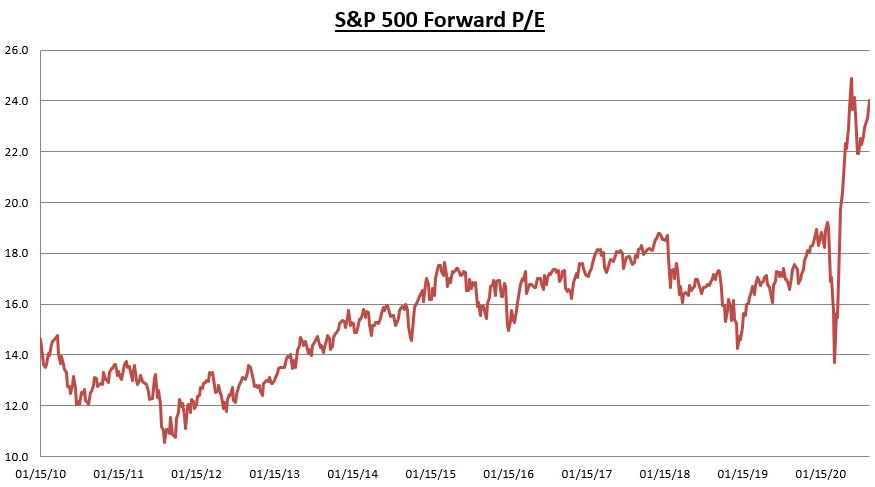 The Feds “inflation targeting” policy basically tells us its unlikely the Fed Funds rate will be raised above 0% for years. Which could act as a magnet to the 10 year rate. 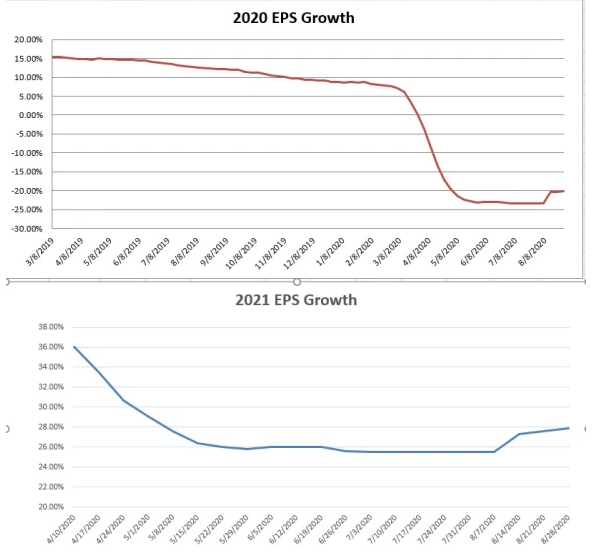 There is some evidence that estimates have bottomed out and are starting to tick up again.

Regular readers know I’ve been modestly bullish throughout 2020. I do think the economy is doing better than many realize and the Fed’s policies are quite bullish long term. There are significant structural issues that will need to be addressed. Everyone assumes things will be much better on the virus front come this time next year, and I happen to agree. But will there be a structural shift in the way we go about our lives, that will have a long term negative impact on our society?

I don’t believe the government has the resources to backstop millions of people forever. It will be quite interesting to see how it plays out. After 9/11, the sentiment was that no one would ever fly again. Yet, by February there were more people flying than ever. I doubt the bounce back will be as swift in this case. But I hope the resilience remains the same.

On the markets, the S&P 500 has gone up 60% from the March lows and the NASDAQ has gone up 80%. A correction is normal and highly likely. Thursday’s price action may have been the start, but we’ll see. Like it or not, we are back on the Fed watch.

People have been saying for many years “the Fed is out of bullets”. I never understood that statement. Theoretically the Fed has unlimited ammo as long as inflation isn’t a problem. The change in policy this month, was no surprise to anyone who has been following. I’m concerned the Fed is trying to create stability by attempting to manipulate very unstable assets.

The bottom line is to stay disciplined. Don’t fall into the temptation to take on more risk than your tolerance and time frame can handle. It’s easy to lose focus, but very costly.