Indices gapped lower in what’s evolving into an ABC style correction; in essence, a zig-zag move lower with a projected target of the measured move of the initial decline. For the S&P yesterday’s selling also registered as distribution.

The NASDAQ has a measured move target of 10,000. Technicals are mostly negative with On-Balance-Volume clinging on to its ‘buy’ trigger. Thursday’s selling also undercut the 50-day MA with a gap lower. Buyers are unlikely to step in now, so until the index reaches a level attractive to buyers (hence the likelihood of an ABC correction) I will be looking for lower prices. 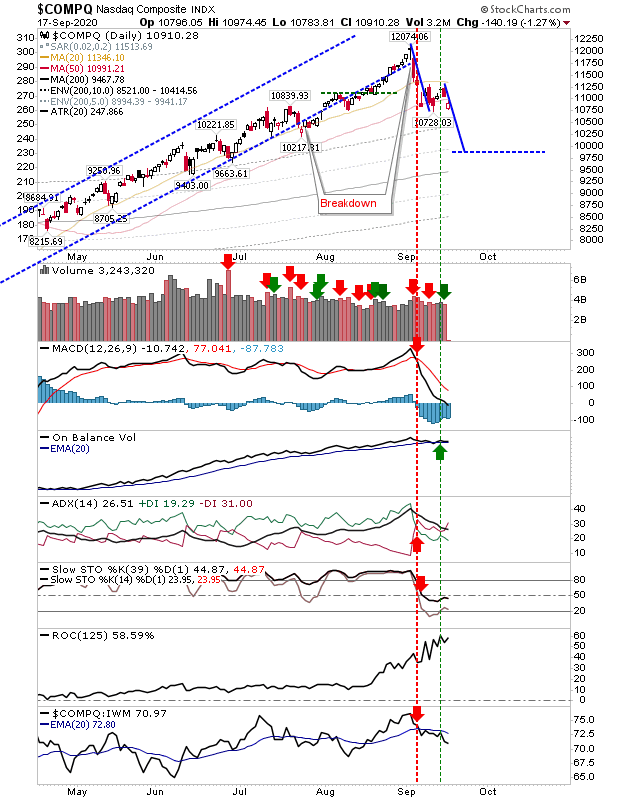 The S&P has also setup for a measured move lower. Yesterday’s losses took the index back to its 50-day MA, but the gap down and higher volume distribution sets this index up for more losses. Because of these losses, the index continues to underperform relative to the improving Russell 2000. 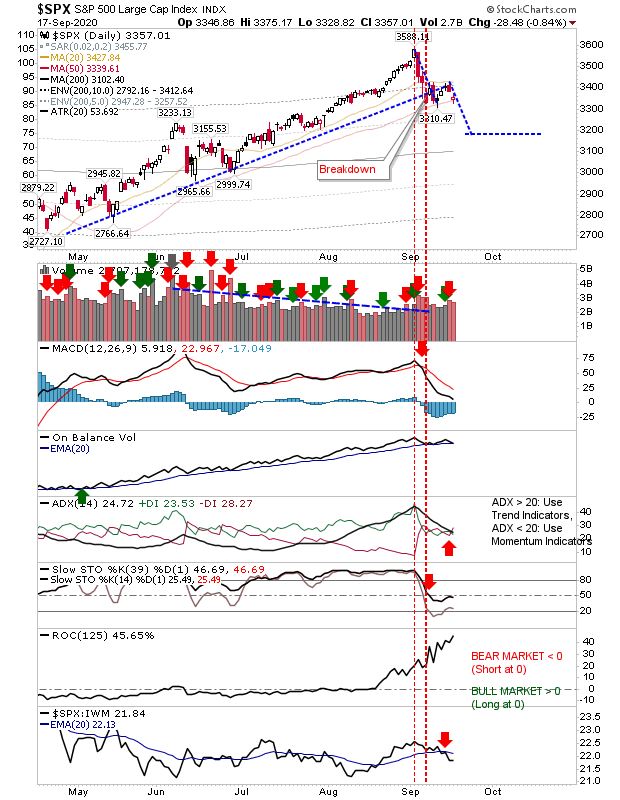 The Russell 2000 managed to buck the trend by only reporting a small loss. It has plenty of room to maneuver before it reaches its swing low. The chance for an ABC correction is looking unlikely given how price action has evolved in recent weeks. Technicals are improving with new ‘buy’ triggers in Stochastics and ADX. 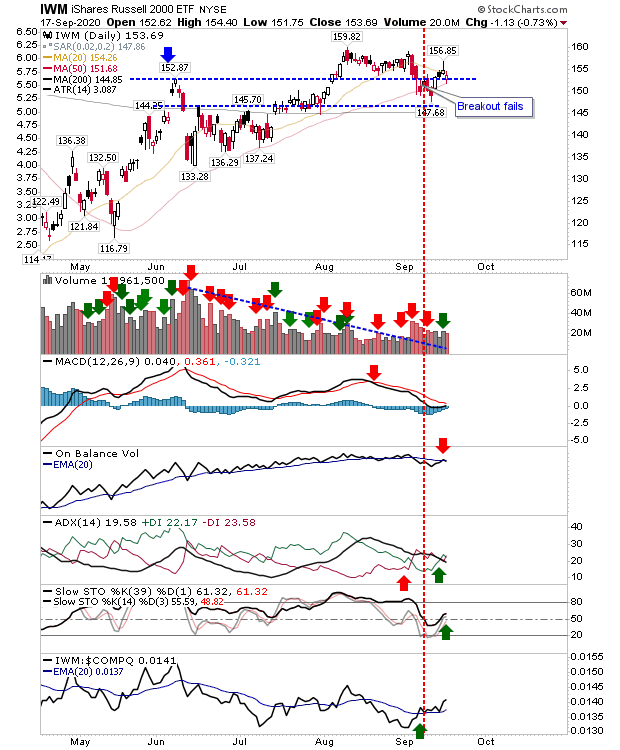 Going forward, expectations for additional profit taking for the S&P and NASDAQ would appear quite high. However, the Russell 2000 is quietly going about its business in a more bullish manner and while sellers are in control it remains the index most likely to succeed.

Challenges ahead! Avoid shorting so long as Nifty is above 18,600