S&P Bloodbath Unlikely To Get Much Worse As Long As…

Friday was another bloodbath for the S&P 500 and the index plunged 3% in early trade. The market attempted a rebound shortly after the open, but once that fizzled and undercut Thursday’s lows, the flood gates opened and a tsunami of selling overwhelmed the market. That said, by the end of the day, the index managed to recover a big chunk of those losses. 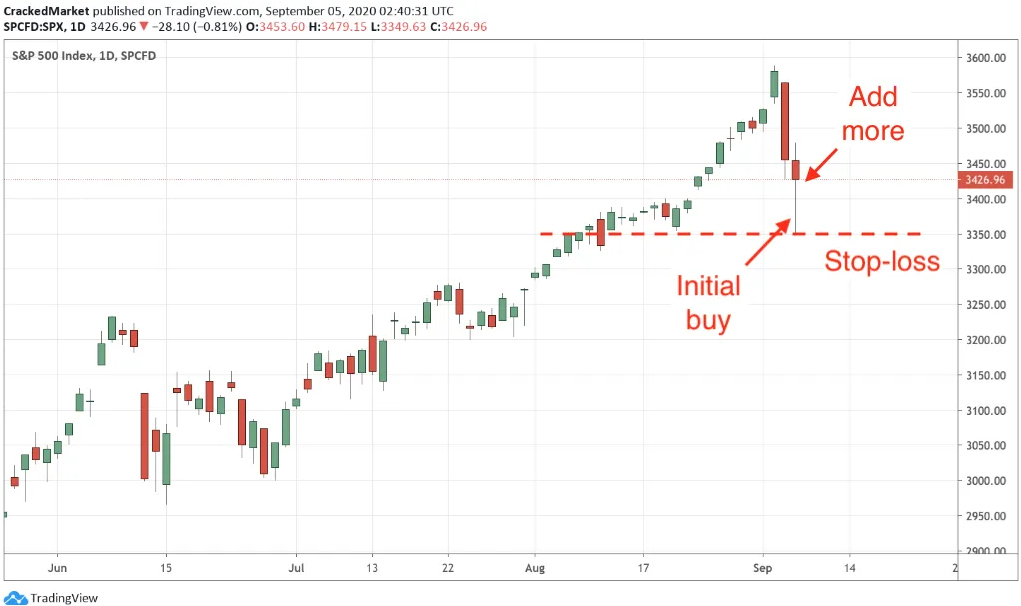 What’s more important? The second wave of defensive selling and finishing in the red, or the impressive bounce off the midday lows?

No doubt there are a lot of bears that will disagree with me, but I was impressed with Friday afternoon’s strength. Just when things appeared their bleakest, supply dried up and dip buyers came rushing in. This is especially noteworthy ahead of a long holiday weekend. Investors typically prefer conservative positions when they cannot trade for three days, but this time the discounts were just too attractive for dip buyers to resist.

While it is naive to believe this tumble will be forgotten next week if the index remains above Friday’s low on Tuesday, there is a good chance this won’t get much worse and this is just another dip-buying opportunity on our way higher.

Without a doubt, volatility will remain elevated and we could even retest Friday’s lows at some point later next week, but we should continue giving this rally the benefit of doubt. Crash under Friday’s lows on accelerating volume and we will be forced to reconsider our outlook, but anything short of that and we should be treating this dip as a buying opportunity.

Hopefully, everyone used their trailing stops to lock-in healthy profits somewhere between 3,500 and 3,450. That means we are sitting on a pile of cash and eagerly looking for the next trading opportunity. Friday’s midday bounce was a good entry point for an initial position and closing well above the lows gave us a second entry point.

Tuesday morning our stops should be near Friday’s lows and if the market trades well Tuesday, we can add more. If we locked-in some profits near 3,500 and are buying back in near 3,400, that’s not a bad trade even if it means sitting through some near-term volatility and whipsaws.

At this point, the only thing that would give me second thoughts is a quick retreat under Friday’s lows. If Friday’s midday bounce fails that quickly, the selling isn’t done and the most aggressive trader can short the index when we fall under Friday’s lows with a stop just above this level.

Previous articleView: States should get the GST revenue that Jaitley had promised
Next articleS&P 500 Earnings Update: Improvements Continue For Benchmark’s EPS
- Advertisement -

Britain sets out blueprint to keep fintech ‘crown’ after Brexit