The U.S. dollar had a chance to rebound after the relatively positive labor market data on Friday. The total growth of Nonfarm Payrolls exceeded expectations: 1763K new jobs compared to a forecast of 1500K.

There was also a noticeable increase in payrolls: 0.2% MoM vs the forecast of -0.5% MoM.

The positive data helped the dollar to strengthen, as the Fed now shouldn’t rush with new policy easing in an attempt to save the economy.

On Friday, the dollar was adding against most currencies, and this growth further strengthened after the publication of the monthly labor market report. 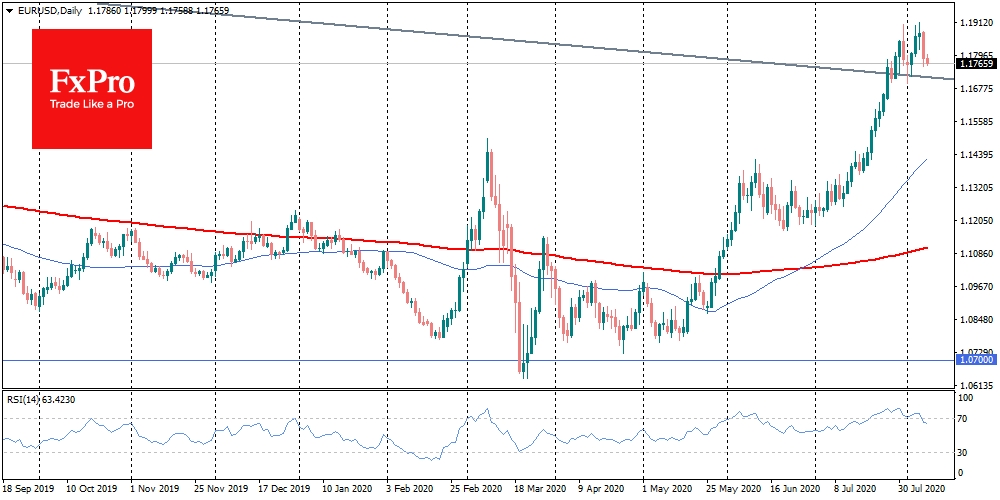 Overall, the difference between the expectations and the actual data has been a robust positive driver for the last few weeks. Company reports, according to FactSet, exceed expectations by more than 22%. This is the highest level in the history of observation since 2008.

Similarly, most macroeconomic indicators are appearing better than forecasts, forming a short-term positive momentum in the markets.

At the same time, traders should not be confused by the relative dynamics: the number of jobs in the U.S. now is 139.6 million, which is 12.9 million below the February high. Reporting data from S&P500 companies show a 34% drop in profits, while revenues fell by almost 10%. This is the worst data since 2009.

However, the soft monetary policy and the weakening of the dollar in recent months feeds the demand for stocks. Futures on the S&P500 rose to 3360 on Monday morning, the highest since February 21. It is now only one per cent below historical highs. 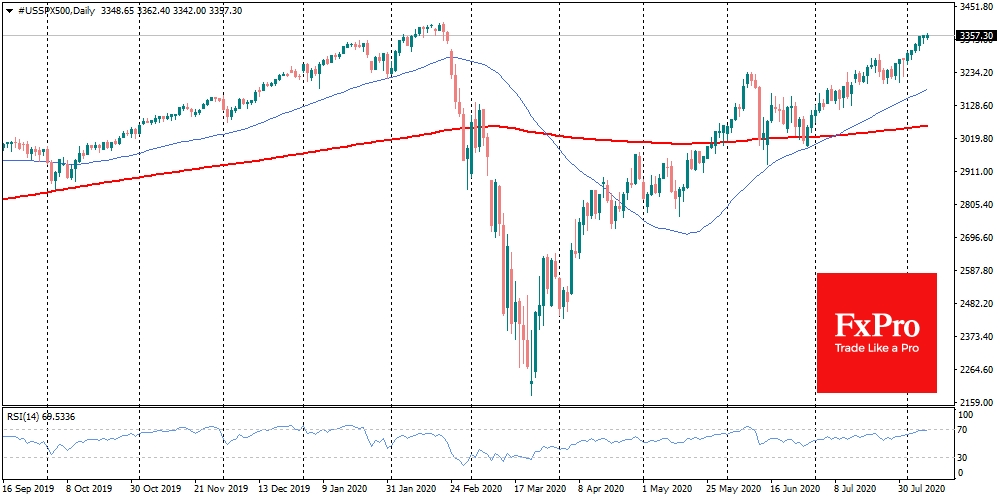 S&P500 is now only one per cent below historical highs

Technically, this index is only in the RSI overbought area on daily charts, leaving the potential to test an all-time high before the correction begins.

If we look at the situation from the side of long-term fundamental factors, it’s hard to believe in new broad market price peaks with almost 10% employment decline and the ongoing pandemic situation around the world.

It seems that this is the same case of market reflection that Soros was talking about back in the 1980s. Many traders also remember Keynes’ phrase from the 1930s: “The market can stay irrational longer than you can stay solvent.”

USD And Stocks Pushed Up By Labor Market

Chart Of The Day: AUD/USD