This week has so far brought earnings from retail giants Walmart (NYSE:WMT) and Target (NYSE:TGT). Both companies reported blowout second quarters as consumers rushed to make purchases in-person and online.

“Stimulus was definitely impactful to the consumer in the second quarter, and we’re watching what’s going on in Washington, and how we’re going to progress with a new stimulus package,” Walmart CFO Brett Biggs said. “I think certainly it would be helpful for consumers.”

Likewise, Target reported a strong quarter as profits rose by more than 80%, fueled by a more than 700% increase in its curbside pickup service. Sales online and at stores open for at least one year rose by 24.3%, while same-store sales increased by 10.9%. Target’s digital sales nearly tripled from the same period a year earlier.

Shares of both Walmart and Target surged to new all-time highs this week on their strong second quarters. 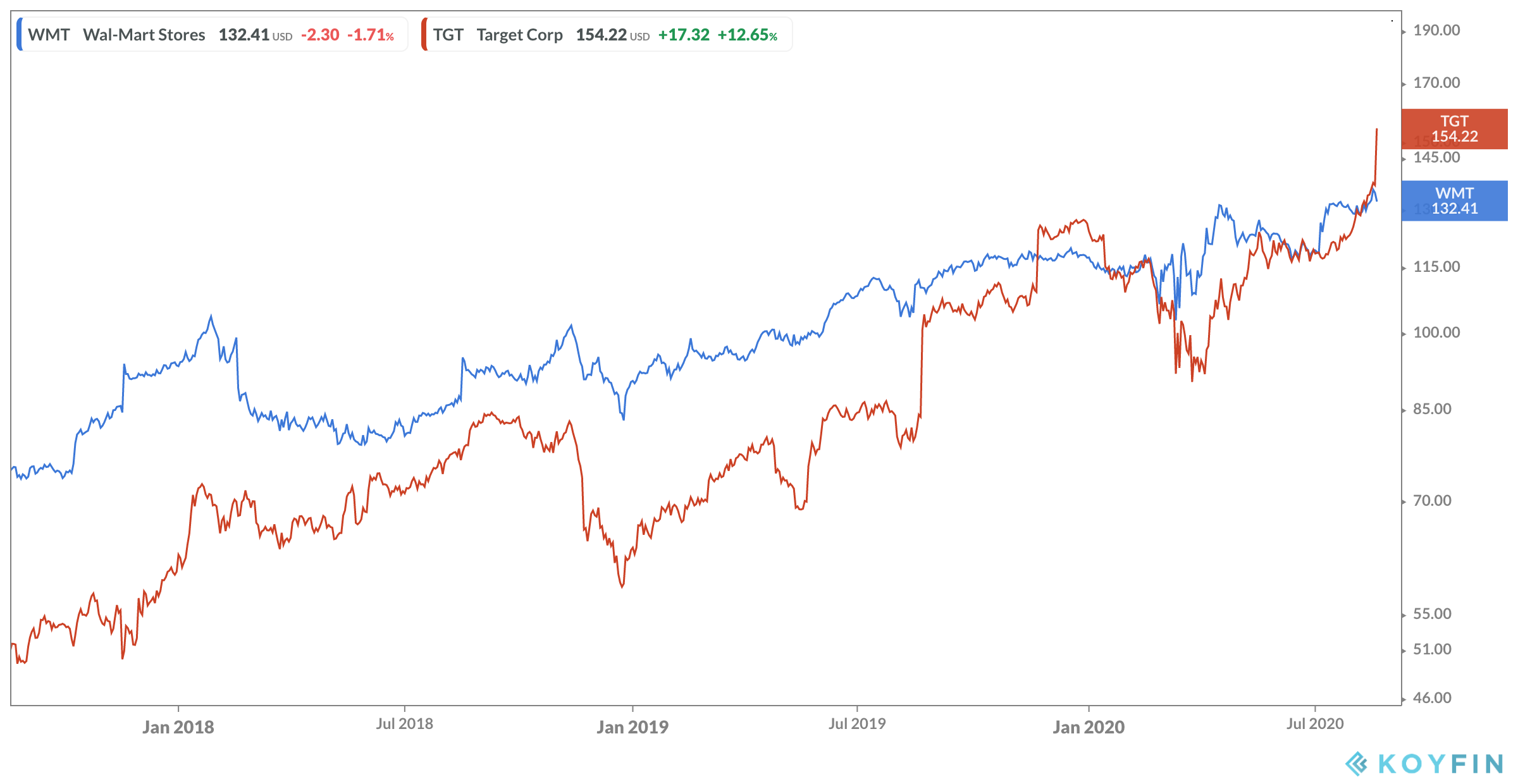 Both Walmart and Target declined to provide an outlook for the remainder of the year. Walmart cited government stimulus, consumer confidence and the length of the coronavirus pandemic, while Target also cited the pandemic, saying for example, back-to-school shopping has been delayed because parents don’t know when their kids are returning to school.

Both companies will closely be watching the progress of talks for the next coronavirus stimulus package as many of their own customers will rely on additional aid to continue to shop.

A survey from SimplyWise revealed that 38% of those who lost their job or had their pay reduced as a result of the coronavirus couldn’t last more than a month on their current savings, while about 20% of them couldn’t last more than two weeks. The survey was even conducted before many of the government benefits ran out, implying the numbers could likely be higher by now.

Coming off a strong quarter filled with plenty of uncertainty, Walmart and Target are clearly among the retailers benefiting from the ways people are shopping amid the pandemic.