Evidence is mounting that oil prices may decline in the coming months. Whereas the common perception since March has been that we would see an uninterrupted–if slow–recovery, we are realizing that this may not be the case. Below is the case for why oil prices could fall:

Over the last couple of months, prices have remained fairly stable. For the most part, Brent has hovered a little below $46 per barrel, and WTI has been steady between $40 and $43 per barrel. 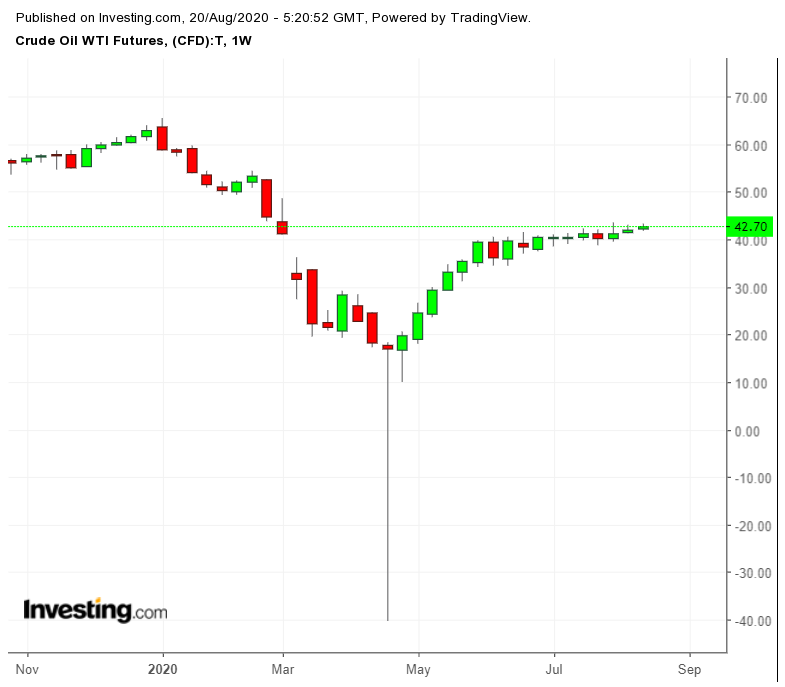 Positive news about demand has failed to raise prices over these ranges. Although oil stocks are still well above the five-year average, production and consumption are not as wildly out of sync as they were back in April and May, and yet oil prices remain stuck.

The good news for oil prices has been that over the past four weeks, the EIA has reported declines in the amount of stored oil. Still, oil prices have not risen and each week, these draws are becoming smaller.

U.S. crude oil exports to China have also received a boost recently, but this may change.

In August, U.S. crude oil exports to China hit a record high. Apparently, China has been motivated to ramp up purchases to show efforts to comply with its agreement to purchase $25.3 billion of U.S. fuel. Also, Saudi Arabia did not discount Arab Light oil for Asia nearly as much as purchases there hoped, making WTI a more attractive purchase for China. A similarly large volume of U.S. crude is loading up to head to China in September.

China ramped up its purchases of U.S. crude oil ahead of a planned review of the trade deal this August. However, because the price of oil is so low, there is basically no way for China to actually meet its dollar commitment for U.S. fuel purchases under the trade deal, so it is likely that once the review of the trade deal occurs, China will slow its purchases of U.S. oil. (That review was supposed to take place on August 15 but was postponed. No new date has been set and may even be postponed indefinitely as tensions between the two countries continue to escalate).

Also, China is experiencing a major backup of oil tankers seeking to unload oil at its ports. Part of the problem is that demand for oil products in Asia isn’t as strong as expected and Chinese refineries over purchased crude oil back in June when prices were cheaper. The planned opening of a new berth for unloading crude oil that was supposed to take place in August has been significantly delayed and is adding to the backlog.

The more oil China purchases from the U.S., the better the U.S. numbers look. U.S. numbers have an outsized influence on the price of oil because of the volume of U.S. production, the transparency in the U.S. market and the American-centered perspective of many traders. A reduction in these purchases would, therefore, have a negative impact on oil prices.

Demand for gasoline in the United States typically slows in September as the summer driving season ends, although travel was curtailed in the summer of 2020 due to the virus. 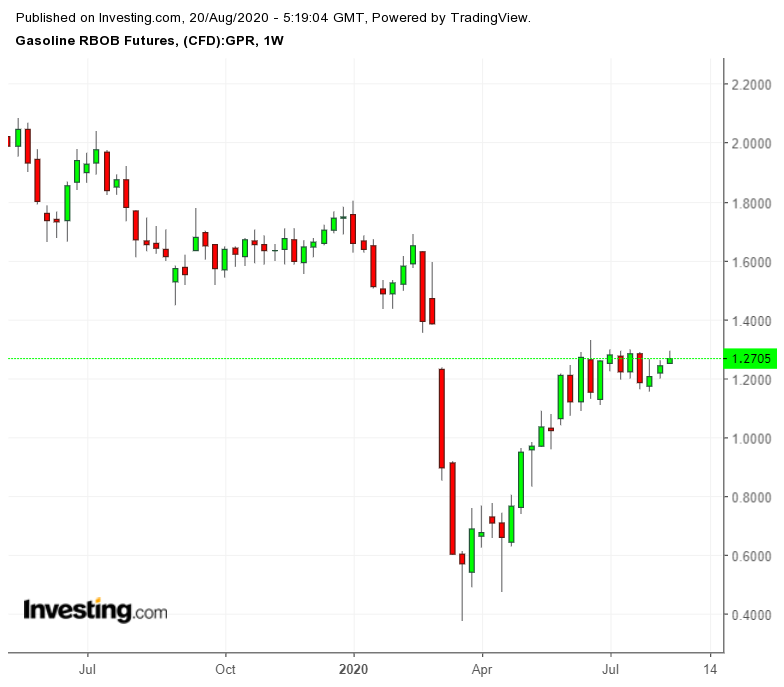 The rise in commuters this fall will be muted given that a sizable amount of the population is either out of work or working from home and many schools are not yet reopening. U.S. refineries typically go offline for periods in the fall to conduct regular maintenance and there is no indication that they are planning to delay this process. This will impact the weekly EIA data since refineries will be drawing less crude oil from storage and consuming less crude oil in general due to the maintenance.

Jet fuel demand is still low because of the virus, and it will remain depressed as work and leisure travel are still limited. Likewise, demand for diesel fuel has been flat throughout the summer and is likely to remain this way or get worse if the economy plunges further into recession.

In the United States–as well as in Australia, parts of Europe and elsewhere–the return to normal activity is being limited in part by fear. There is a debate to be had about how much a society should do to deal with its coronavirus issues. Sweden kept its economy open. Other parts of the world shut down almost entirely. But now we have to consider that even after the government responses end, the people may continue to be too fearful to return to normal immediately.

Franklin Templeton published a crucial study on this issue. We have said for months now, that the oil (and economic) recovery will come in three parts:

The oil supply from OPEC and Russia is set to remain steady or increase slightly. Unless the U.S. sees a major uptick in industrial and economic activity or U.S. production contracts further, it is likely that oil demand will flatten or even decline as we head into the autumn and winter. In this case, prices seem poised to fall as we enter the end of the third quarter and head into the fourth quarter.

Another event that could put positive pressure on oil prices would be a victory–by former Vice President Joe Biden in the U.S. presidential election. Over the last few years, the U.S. has typically been the world’s largest producer of oil, but many of Biden’s political allies would like to see marked decreases in U.S. production, particularly from shale oil and offshore oil. A new, Democrat energy policy would raise the possibility of significantly less production.