Almost two years ago I wrote, “Why Warren Buffett Would Be Buying Precious Metals Again (If He Could).” In that piece, I referenced a quote from his 1997 letter to Berkshire Hathaway (NYSE:BRKa) shareholders:

“Last year, we purchased 111.2 million ounces. Marked to market, that position produced a pre-tax gain of $97.4 million for us in 1997. In a way, this is a return to the past for me: Thirty years ago, I bought silver because I anticipated its demonetization by the U.S. Government.”

Last week, Berkshire Hathaway revealed a stake in Barrick Gold (NYSE:GOLD), one of the BANG stocks I have been writing about for the past couple of years. And I believe this investment is once again related to “demonetization.” 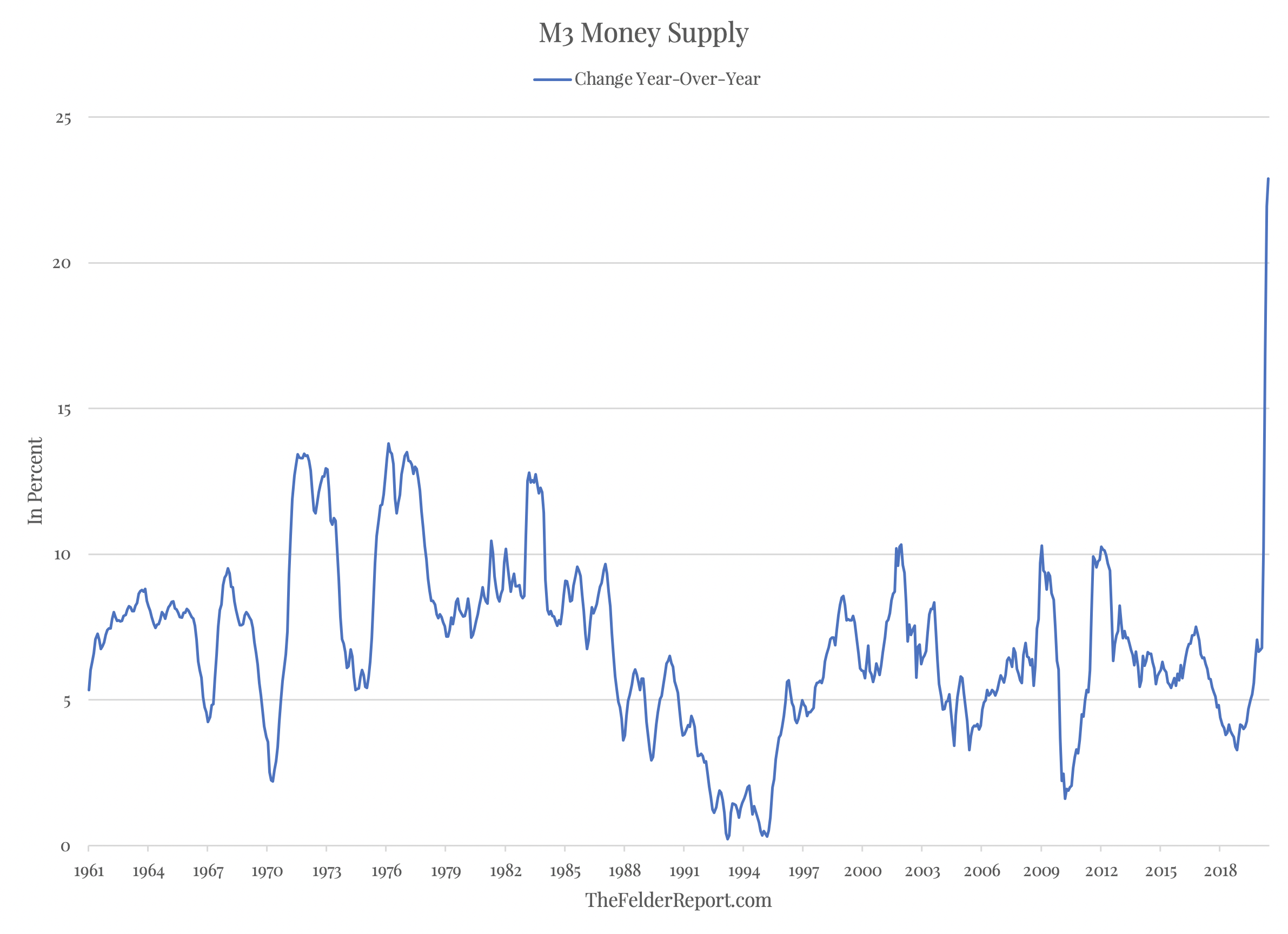 However, in 1967 the word meant one thing; today it means something slightly different. 53 years ago, “demonization” meant the breaking of the dollar’s official link to gold. Today, because there is no longer any official link, it means the dollar‘s value relative to gold will deteriorate, and possibly to a significant degree, just not all at once like it did in 1971 as a result of the “Nixon Shock.” The demonetization of the dollar today is less of a shock and more of a slow and steady burn which only makes it more insidious.

Just over a year ago, Charlie Munger, Warren’s parter at Berkshire, had this to say in this regard:

“I am so afraid of a democracy getting the idea that you can just print money to solve all problems and eventually I know that will fail… All the politicians in Europe and America have learned to print money… Who knows when money printing runs out of control? At the end, if you print too much you end up with something like Venezuela.”

Since then, the affinity for money printing has only grown in Washington and the Fed’s balance sheet has nearly doubled as a result.

In this light, it’s not hard to see why the recent actions by Congress and the Fed to generate the biggest fiscal deficit-to-GDP in history and monetize the entire amount would inspire the greatest investor of modern times to put on an inflation hedge. As I wrote a while back, Berkshire is too big today to buy precious metals directly but an equity investment that may be a much more efficient inflation hedge than your average stock is right up their alley. And it doesn’t hurt that Barrick has spent the past several years remaking itself in Berkshire’s image.