At one point on Thursday, it appeared that markets were falling and the dollar was on its way to a corrective upswing. However, buyers took the upper hand. By the end of the day, demand for risk assets had returned to the market as key U.S. indexes closed in the green zone. The Nasdaq 100 updates historical highs again, rising to 11500 on Friday morning. 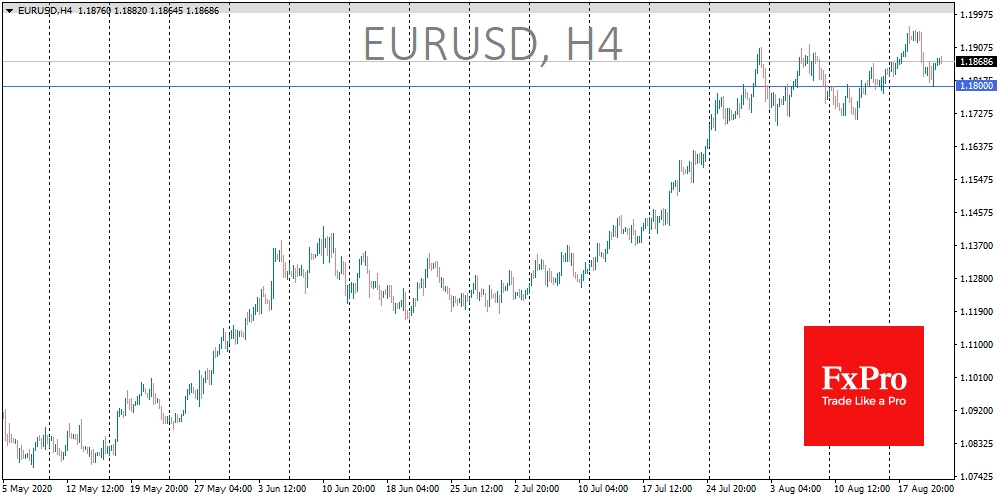 In the FX market, EUR/USD has managed to hold above 1.1800. The pair turned to growth after touching this level, and by the beginning of the European session, it reached 1.1880. The decline from 1.1965 to 1.1800 can be considered as a break for the bulls before another attempt to rewrite the multi-month highs and go above 1.2000.

The British pound is gaining even more actively, with GBP/USD pair managing to reach 1.3240, this year highs area.

A separate driver for the pound this morning was the upbeat retail sales report. It showed a 3.6% increase in July against 2.0% expected 2.0%, adding 1.4% to the same month last year. 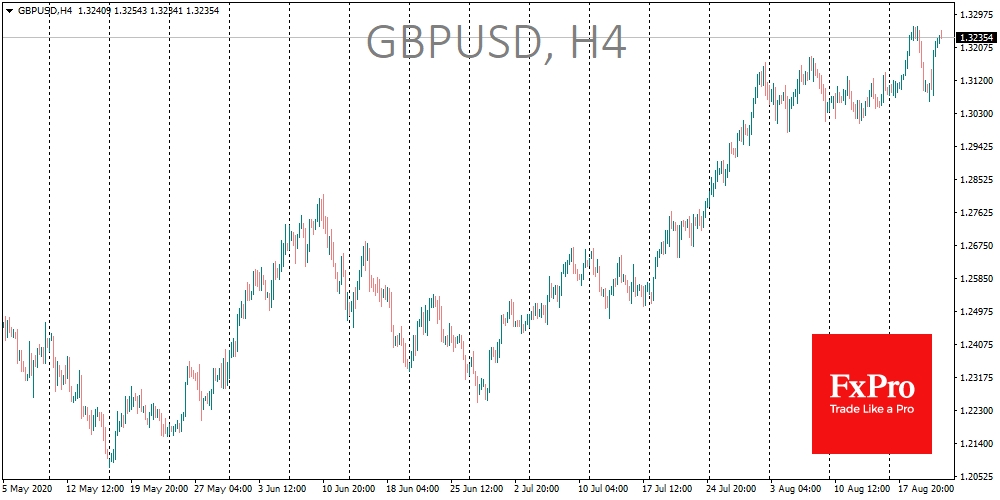 GBPUSD went to this year’s high

It is worth noting the rise of the yuan. Despite the slippage of Chinese markets, the exchange rate has been showing steady growth since July, taking USD/CNH to its lows since January.

The current situation has shown that investors are ready to buy back even small drawdowns. Positive economic reports encourage purchases, while negative ones are mostly ignored.

The optimism of buyers looking ahead will be tested again today along with the publication of preliminary PMI estimates for August. This indicator has proven to be a reliable assessment of business conditions in the coming months. In the morning, the Japanese manufacturing PMI exceeded expectations, rising from 45.2 to 46.6 but remained below 50, indicating an activity contraction. 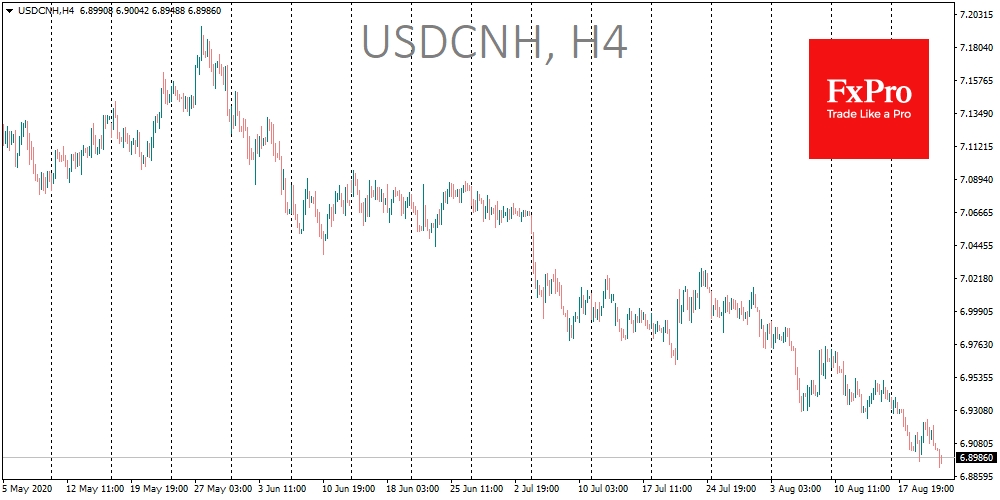 If the Eurozone data turns out to be better than predicted, it may cause EUR/USD to test 1.2000. At the same time, negative results of the indicators may return the corrective mood to the markets.