The Japanese yen continues to flex its muscles, as USD/JPY has dropped for a fifth successive day. At the time of writing on Friday, the pair is trading at 104.43, down 0.29% on the day. USD/JPY is down 1.65% this week and touched a 7-week low earlier in the day.

It has been an eventful week in Japan. Yoshihide Suga became the new prime minister, replacing Shinzo Abe, who resigned due to poor health. This marked the first leadership change in Japan in eight years, but the transition was a smooth one and the Japanese yen didn’t miss a beat, as it continued to head higher.

The Bank of Japan held its policy meeting on Thursday, and the message was more of the same from the bank. BoJ Governor Haruhiko Kuroda pledged to maintain the central bank’s monetary stimulus, in order to support the economy, which is in a recession in the wake of the devastating toll of Covid-19. Still, the BoJ sounded somewhat optimistic, saying that “economic activity has resumed gradually and is picking up its pace of growth”.

The BoJ has clearly changed its tune; back in July, it warned that economic conditions were “severe”. Policymakers maintained interest rates at -0.10% and also kept emergency funding programs for businesses in place. Investors appeared to share the bank’s optimism that the economy is headed in the right direction, as the yen posted slight gains on Thursday. 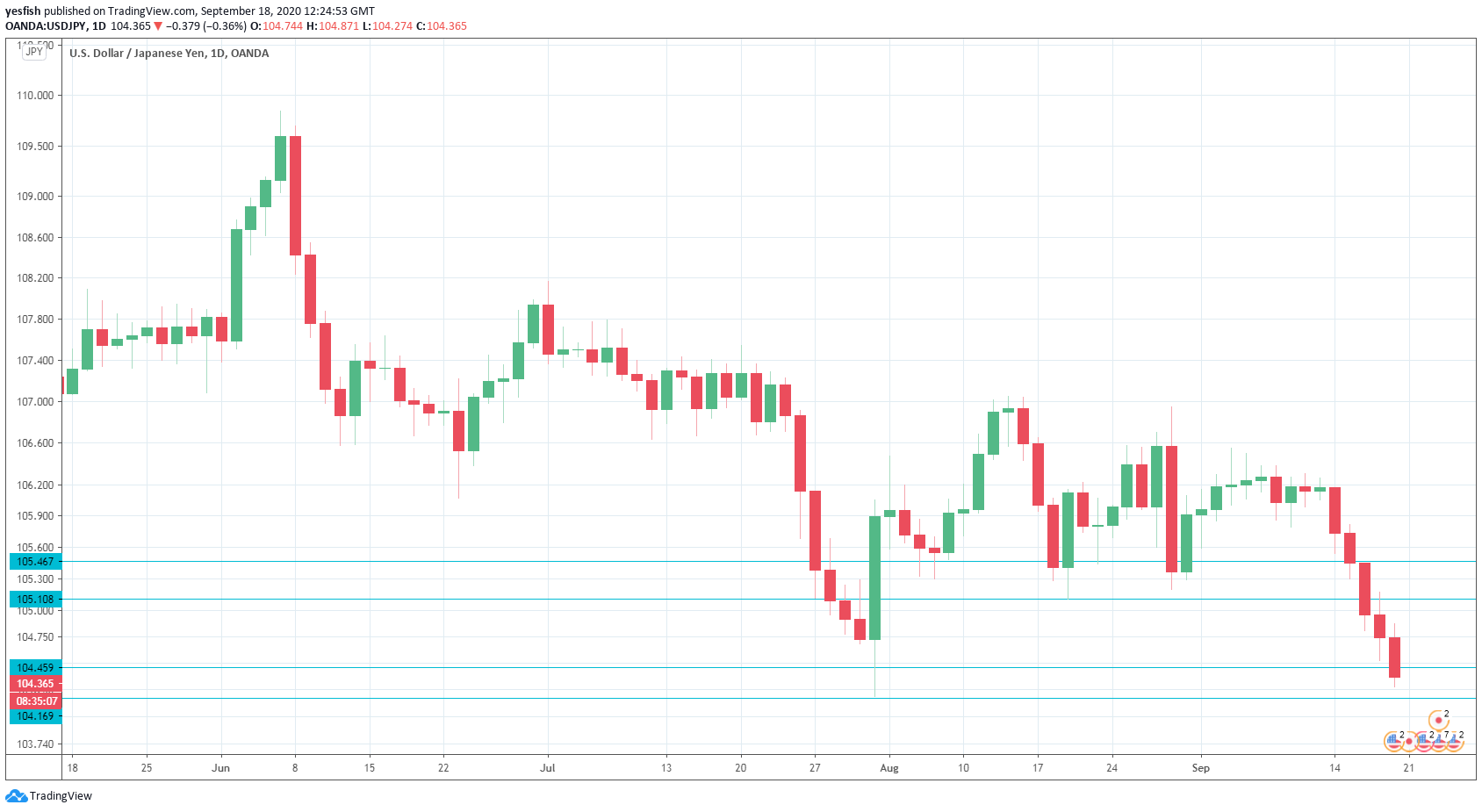 EUR/USD: Bulls Want Yesterday’s Breakout to Be Start of Second Leg Up

Week Ahead – Australia and Canada kick off central bank bonanza

Week Ahead: Australia and Canada Kick Off Central Bank Bonanza